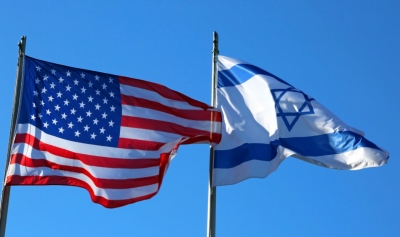 Israel on Monday said that it is concerned about the billions of dollars that could go to terror organisation Hamas if the US lifts its sanctions on Iran.

In a special virtual exchange with the Indian media, Nevo Barchad, the head of the counter-terrorism department in the strategic affairs division of the Israeli Ministry of Foreign Affairs, said that though Israel trusts the judgment of its old friend and US President Joe Biden, it has concerns about the funds that will go to Hamas once the US lifts sanctions on Iran, which is the major sponsor of the Islamist terror group operating in Gaza.

The Biden administration is likely to restore the 2015 nuclear agreement with Iran – the Joint Comprehensive Plan of Action (JCPOA) — which had been negotiated by P5+1 (China, France, Russia, the UK, the US plus Germany) together with the European Union.

Recently, indirect talks on the restoration of the agreement between the US and Iran resumed in Vienna.

In response to an IANS question on the latest development, Barchad said that Israel has opposed the JCPOA.

“We think it is a bad deal. If P5+1 are holding indirect talks and if Americans are going back to the deal, we hope it includes various changes and with a stronger enforcement. We also hope that the Americans won’t lift all the sanctions,” the top Israeli official said.

Emphasising that US President Biden is “a true friend” of Israel, Barchad said that his government trusts his judgement on Iran, which he said funds 50 per cent of Hamas’ terror activities against the Israeli people.

The remaining 50 per cent comes from various other sources, including funds raised from Islamic charities in Muslim nations and Europe, Barchad said, adding that Israel has been making efforts to block all those channels of terror-funding.

At the same time, he added, it is not far-fetched to think that billions of dollars will go to Hamas, Hezbollah, Houtis and the pro-Iranian militia in Syria, once the sanctions are lifted.

Barchad, however, warned that Hamas should not underestimate Israel’s defence capabilities.

Responding to another question on the use of Chinese weaponry by Hamas against Israel, Barchad said that Israel and China shared a good relationship and understanding.

“Any use of Chinese weapons or technology by the Hamas has happened without the knowledge of China,” he said.

Barchad added that the Chinese military technology serves a dual purpose — for surveillance as well as military build-up. If their equipment is being used for military and not civilian purposes, it is not happening knowingly, the official said.

Barchad also said that the truce with Palestine after the 11-day ‘war’ is not a permanent solution.

Hamas, he said, openly wants destruction of Israel and even as the ceasefire is the best outcome at the moment, it can’t be a long lasting solution.

The counter-terrorism chief said that the ideal solution would be that the Hamas regime steps down followed by PLA and Israel coming to the table for talks.