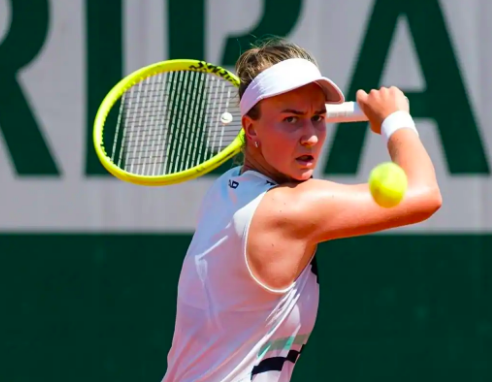 Unseeded Barbora Krejcikova on Saturday became the first Czech Republic woman in 40 years to win the French Open title as she defeated No.31 seed Anastasia Pavlyuchenkova of Russia 6-1, 2-6, 6-4 in the final match.

Barbora, the world No. 33, needed one hour and 58 minutes to beat 29-year-old Anastasia, who too was in her maiden Grand Slam final.

Hana Mandlikova was the last Czech Republic player to win the French Open title, in 1981.

Barbora, who received the trophy from Czech-born legend Martina Navratilova, is the third unseeded player in the last five years win the Roland Garros title, after Latvian Jelena Ostapenko in 2017 and Poland’s Iga Swiatek, who clinched it last year.

The 25-year-old Barbora, who has won two Grand Slam women’s doubles and three mixed doubles titles and was ranked the No.1 doubles player in 2018, had an easy first set. She dropped serve in the opening game of the contest before racing to take the next six games and claim a one-set lead inside 30 minutes.

Anastasia jumped into contention, opening up a 5-1 lead in the second set before closing it at 6-2.

But after two contrasting sets, Barbora found the perfect rhythm in the decider at 3-3. It helped that Anastasia was struggling with a leg injury, which necessitated a medical timeout in the second set.

Barbora could make a clean sweep of the titles here, as she is also in the women’s doubles final.

On Sunday, Barbora could become the first woman since Mary Pierce of France in 2000 to clinch both the singles and doubles French Open titles as she and compatriot Katerina Siniakova are set to play Poland’s Iga and American Bethanie Mattek-Sands for the title.

Though Barbora has been dominating the doubles circuit for long, her singles surge been phenomenal this year. She broke into the top 100 in singles in September last year and this was just her fifth major main draw after 15 qualifying losses between 2014 and 2019.

Remarkably, Barbora, who is now on a 12-match winning streak, had won her maiden WTA singles title two weeks ago in Strasbourg.