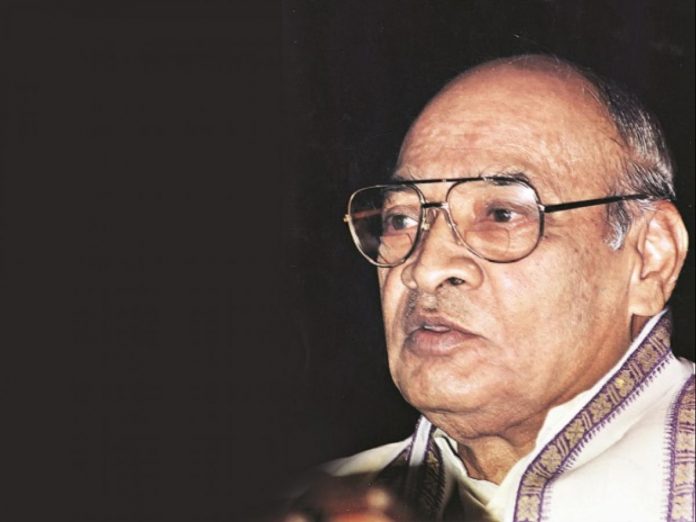 Addressing the closing ceremony of birth centenary celebrations at PV Gyan Bhoomi, the Samadhi of the late leader, the governor and the chief minister spoke about the achievements of PV and described him the architect of India’s economic reforms.

He was India’s first and only Telugu Prime Minister. He also had the distinction of being the first Prime Minister outside the Nehru-Gandhi dynasty to complete a full five-year term.

KCR, as the chief minister is popularly known, said PV was a statesman who steered a minority government to complete the full term.

Describing PV was an intellectual and a polyglot, the chief minister said he left an indelible mark in every field he was associated with both state and central level.

KCR said the late leader was known as a reformist. He recalled that the financial reforms introduced by him bailed out the country from a financial crisis and ensured investments into the country. “Time is dynamic and politicians and administrators need to be dynamic for ensuring welfare and development,” said the CM

He also pointed out that the land reforms introduced by PV in the combined Andhra Pradesh set an example to other States. “He led from the front by donating 800 acres of land owned by his family while introducing land reforms,” he said.

The chief minister recalled that while serving as education minister, PV set up Gurukuls and Navodaya schools.

He announced that Vidhya Peetham in the name of PV will be set up in Kakatiya University.

The CM thanked voters of the Mahabubnagar Hyderabad and Ranga Reddy Graduates’ Constituency for electing Vani Devi to Legsialtive Council as a true tribute to the former Prime Minister PV Narasimha Rao.

Governor Tamilisai Soundararajan released eight books about the life and success of Narasimha Rao. She said the state government paid befitting tributes o the son of the soil by organizing centenary celebrations.

She said PV respected the country more than the politics of the country. She said PV gave all due respect to the opposition leaders.

PV Narasimha Rao Centenary Celebrations Committee Chairman K. Keshava Rao said some programmes could not be organised due to Covid-19 pandemic. He said these programmes would be held soon.