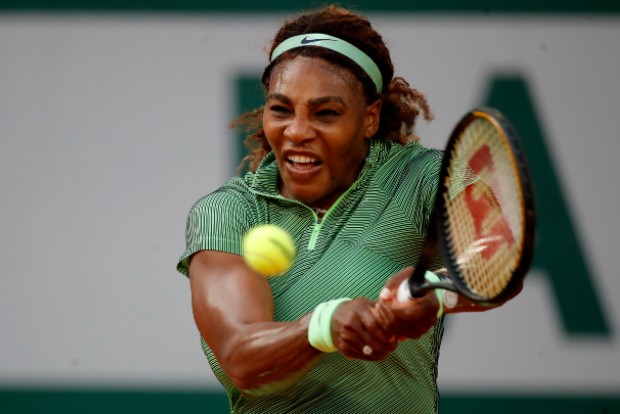 World No. 8 Serena Williams was stretched by world No. 148 Mihaela Buzarnescu, before the winner of 23 Grand Slam singles titles overcame the Romanian’s challenge 6-3, 5-7, 6-1 in a late evening second-round French Open match on Wednesday.

Serena will take on American world No. 50 Danielle Collins for a place in the fourth round.

Spain’s world No. 35 Paula Badosa joined the American duo in the third round after beating Montenegro’s Danka Kovinic, 6-2, 6-0 in just 52 minutes.

Paula, a 2015 junior French Open champion, will bid for a second-straight appearance in the second week when she takes on Romanian Ana Bogdan in the third round.

Ana moved into the third round by virtue of Japanese world No. 2 Naomi Osaka pulling out of the French Open due to mental health issues.

Serena won 75 per cent of the points on her first serve and saved five of the seven break points she faced in the match.

After just one break decided the opening set, Mihaela gave a glimpse of the kind of tennis that took her to the world’s top-20 three years back before a back injury halted her progress.

The Romanian saved seven of the eight break points she faced in the second set and broke serve for the second time to push the contest to a third set. But Mihaela double-faulted to lose serve in the first game and Serena quickly built a 4-0 lead in the decider.

Serena will have a tough task against Danielle in the next round as her third-round opponent had taken her the full distance five months ago in the Yarra Valley Classic quarter-final before losing in the tie-breaker.