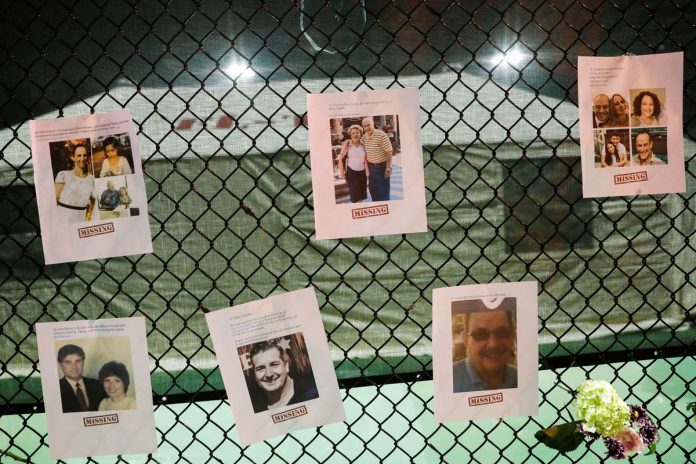 Prospects for recovering survivors from a Florida high-rise diminished with each passing hour on Saturday, two full days after the 12-story condominium mysteriously collapsed while many residents slept.

Even so, search-and-rescue teams worked around the clock through an unstable mountain of debris looking for signs of life from any of the 159 people still unaccounted for, while smoldering fires filled the air with smoke.

The death toll of four was certain to rise with one floor of the high-rise stacked atop another like pancakes. Aided by dogs, cameras, sonar and heavy equipment, rescuers looked for any spaces that may have formed in the debris, leaving any possible survivors air to breathe.

“We have hope because that’s what our search-and-rescue team tells us, that they have hope,” Miami-Dade County Mayor Daniella Levine Cava told a news conference on Friday.

While local officials provided aid and comfort to the families, such as hotel rooms and food, search-and-rescue specialists worked the disaster site on a rotation, with a limited number allowed at any one time to prevent further collapse, Levine Cava said.

Teams from Mexico and Israel arrived to help relieve the locally based crews, many of whom have also traveled to disaster sites around the world.

Atop the pile, some wielded hammers and picks looking for signs of life. Heavy equipment scraped away the top layer.

Below ground, rescuers who entered through the parking garage risked their own lives searching for survivors, occasionally being hit by falling debris, officials said.

Miami-Dade Fire Rescue chief Andy Alvarez recalled that his team once pulled a girl out of earthquake debris in Haiti eight days into the rescue effort.

“You gotta have hope. We’re doing everything we can to bring your family member out alive,” Alvarez told the loved ones of the missing on CNN, pausing as he was overcome with emotion.

The disaster occurred early on Thursday morning, when a large section of the 40-year-old building crumbled to the ground.

Video captured by a security camera showed an entire side of the building suddenly folding in two sections, one after the other, at about 1:30 a.m. (0530 GMT), throwing up clouds of dust.

The Champlain Towers South condominium is in Surfside, a barrier island town across Biscayne Bay from Miami.

The building had more than 130 units, about 80 of which were occupied, officials said. Roughly half appear to have collapsed.

The cause of the collapse remained a mystery.

Officials said the complex, built in 1981, was going through a recertification process and repairs to the roof.