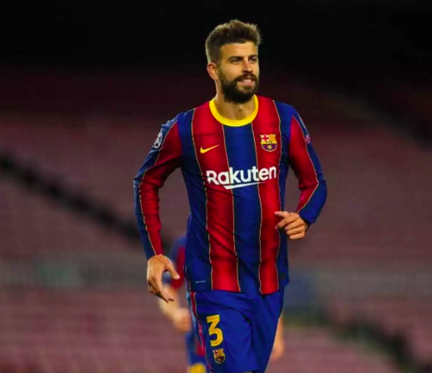 FC Barcelona’s veteran central defender Gerard Pique said on Friday that he would hang up his boots and retire from football if the club wanted him to leave.

Speaking in an online interview, the 34-year-old, who is also the owner of third-tier side FC Andorra, ruled out playing for the club he owns.

“The day I stop playing for Barca, I will leave football. I will never play for another team. If [Barcelona coach] Ronald Koeman told me tomorrow that I had to go, I would retire from the game,” he insisted.

Pique was asked about the criticism that players receive in the modern game, and replied that “criticism is part of football, when you run out onto the pitch, you know what you could be letting yourself in for”.

“Football attracts more sentimental responses than anything. It is like politics and you have to accept criticism,” commented the defender.

Pique’s off-field activities, such as the purchase of FC Andorra and of the Davis Cup tennis tournament through his company Kosmos Holding, have led to speculation that he may one day run to be Barcelona president, something the defender did not deny.

“It’s something I have always said I am interested in, it’s the club I’ve supported all my life, but there is still a long way to go and I want to continue as a player. We’ll see what my plans are when I retire,” he said.