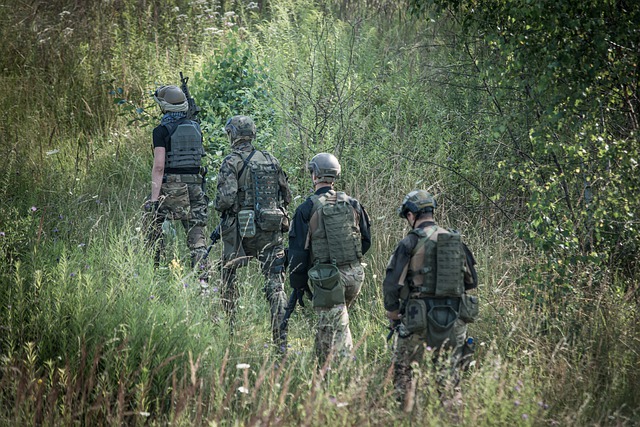 After the Border Security Force (BSF) recently made one of its biggest drug haul by seizing 56-kg of contraband in the Bikaner sector at the Rajasthan-Pakistan border and arrested two accused in the matter, officials are suspecting the role of Pakistan rangers in this smuggling and are of the opinion that neighbouring country is making efforts to pave way for narco terrorism in the desert state after adopting the similar model in Punjab to turn it into drug haven.

In fact, two youths have been arrested in the case and after interrogating them, officials believe that the role of Pakistan Rangers is suspicious. Both of them have been sent to remand after they were produced before the court.

Speaking on this, a senior official confirmed, “The matter is under investigation by the NCB. We cannot say it with certainty at the moment, but there is a Pakistani post situated just fifty meters away from the place where this drug consignment was seized. Soldiers are stationed here round the clock. This indicates that it should be in the knowledge of Rangers,” he added.

Other officials confirmed that the dossier is being made ready and if required Interpol help will also be taken to reach the last person involved in this case.

Meanwhile NCB team was here at the site to probe the matter.

NCB deputy director Gyaneshwar Singh reached the BSF office and investigated the evidence seized from the two accused. Thereafter, he along with BSF DIG Pushpendra Singh Rathore called a joint press conference where the two said that all efforts shall be taken to reach the last person in this chain.

Gyaneshwar Singh said, “India is situated between the ‘Golden Crescent’ and the ‘Golden Triangle’ where the former signifies nations of South Asia namely Afghanistan, Iran, and Pakistan while the latter is the area where the borders of Thailand, Laos and Myanmar meet at the confluence of the Ruak and Mekong rivers.

Afghanistan is the biggest producer of heroin. From Afghanistan, the drug consignment generally reaches Pakistan and from Pak, it reaches India. India is a major transit point, he said adding that the biggest ever recovery of such a consignment from near the Rajasthan frontier along the International Border (IB) makes this case sensitive. Two accused have been arrested in the case. We are making all efforts to find main suppliers and main receivers to expose the gang. All those involved in the chain will be brought to fore. Presently, we think the links in this case are connected to Punjab, he added.