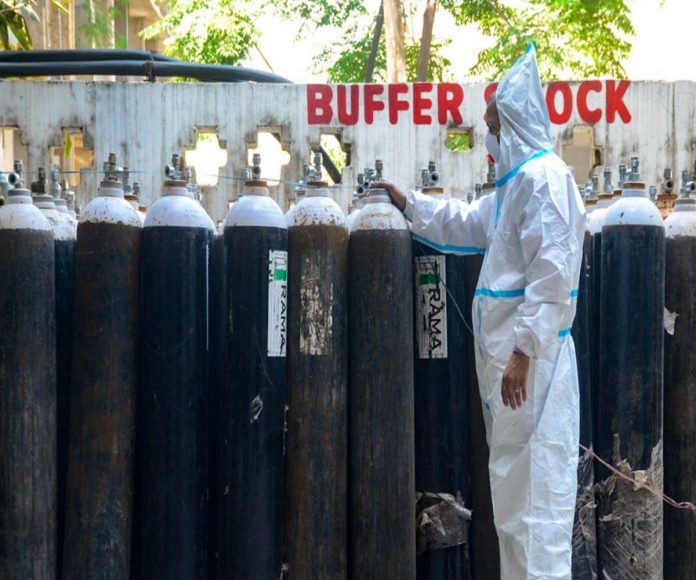 The Supreme Court-appointed National Task Force (NTF) has proposed creation of strategic reserves of oxygen for the country to cover 2-3 weeks’ consumption amidst the ongoing Covid-19 pandemic.

A 12-member panel, constituted by the top court, said: “We should have strategic reserves of oxygen for the country to cover 2-3 weeks’ consumption, similar to the arrangement made for petroleum products. Similarly, all hospitals should have a buffer capacity for emergencies.”

It suggested that there should be a strategy to manufacture oxygen locally or in the neighbourhood for the big cities to fulfil at least 50 per cent of their liquid medical oxygen (LMO) demand, as road transportation is vulnerable.

“This may be taken up in respect of Delhi and Mumbai on priority, due to their population density. All 18 metro cities to be made oxygen independent, with at least 100 MT storage in the city itself,” added the panel in its report.

The NTF proposed a formula for determining the oxygen needs for the country, which considers all levels of care amid the pandemic.

The panel said 1.5 MT of LMO is required for a 100-bed hospital with 25 per cent ICU beds per day is a formulation, which may be examined. “Such a formula will be part of a dynamic, evolving process and open to modification and consultation with states as the situation evolves,” said the panel.

“About 20 per cent buffer capacity of the state’s requirement should be created for allocation over and above baseline demand for allocation to states with rising cases,” it recommended.

The active case load of the state/UT and the doubling rate should be the main factors in allotting oxygen, addressing both the current situation and the future demand, it added.

The panel said: “Efforts are to be made to further scale up LMO production in preparation of the next pandemic. There is an urgent need to increase production of LMO from about 5 per cent to 8 per cent of gaseous industrial oxygen. Government should support and subsidise concerned industries.”

It emphasised on judicious use of oxygen, and the audit of hospitals should be conducted including their pipeline systems, which may reduce the usage by 10 to 20 per cent.

On the methodology for allocation of oxygen to states and UTs, the panel recommended developing guidance protocols for home-based or facility-based isolation and self-monitoring programmes and non-hospital Covid care facilities.

The panel stressed that there should be a buffer of at least six cylinders in the rural settings, to accommodate for delays and surge. As a way forward, it said: “At Central level, such as procurement of cylinders, enhancing production and supply of oxygen, mapping oxygen for states as per formula that includes case load, infrastructure of beds, projected requirements, etc, and the need for a supply plan which is also dynamic and flexible.”

The report said the members of NTF recognise the hard work made by the government in the management of the pandemic of the present magnitude.

“The members of the NTF appreciate that many of their recommendations were already under implementation and work on others has also already commenced,” it said.

The panel suggested that a formula needs to be developed for the calculation of oxygen requirement for the primary, secondary, and tertiary-level hospitals based on the number of oxygen beds and ICU beds.

The top court had set up the NTF on May 6 to formulate methodology for allocation of oxygen for saving lives of Covid patients.