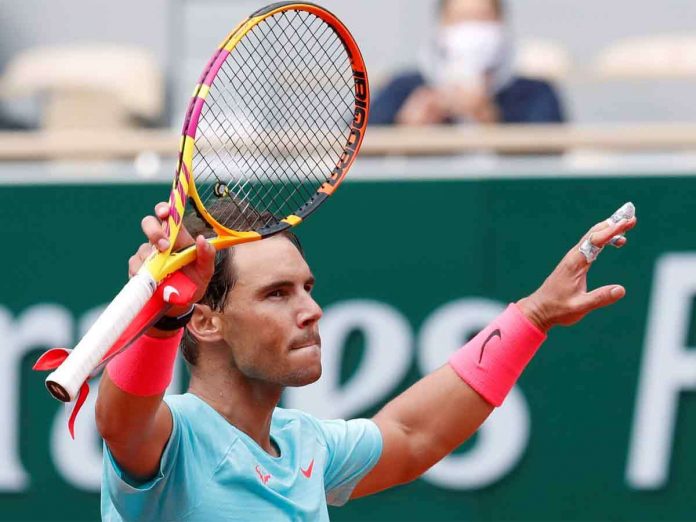 Rafael Nadal defeated Richard Gasquet 6-0, 7-5, 6-2 on his 35th birthday to reach third round of French Open here late on Thursday.

The world No. 3, playing his first night match at the Roland Garros, took his head-to-head to 17-0 against Gasquet which is one of the most one-sided in Open era of tennis.

The Spaniard won 84 percent on his first serve as compared 69 percent by the Frenchman. He also won seven of the 16 break-points he got.

Interestingly, Gasquet hasn’t taken a set off Nadal since 2008.

The 13-time French Open champion started again in a dominant way, using heavy top-spin to win the first set 6-0. He won all of his first serve points in the opening set.

Though Nadal took an early break and raced to 4-1 lead in second set, the local star fought and broke back at 3-5. However, the Spanish star took the set 7-5.

The third set was again one-sided with Nadal winning it 6-2 without conceding a break. He will now meet British Cameron Norrie, who recovered from a set down to take beat Lloyd Harris 4-6, 6-3, 6-3, 6-2.

Swiss Federer, who is in Djokovic’s half of the draw and could possibly meet the world No.1 in the quarter-finals, will next clash with Dominik Koepfer. The German defeated 30th seed Taylor Fritz 6-3, 6-2, 3-6, 6-4 to advance.

Djokovic also won on Thursday. The Serb defeated Pablo Cuevas of Uruguay 6-3, 6-2, 6-4 to move into the third round. Djokovic hit 31 winners to clinch the match in two hours and nine minutes.