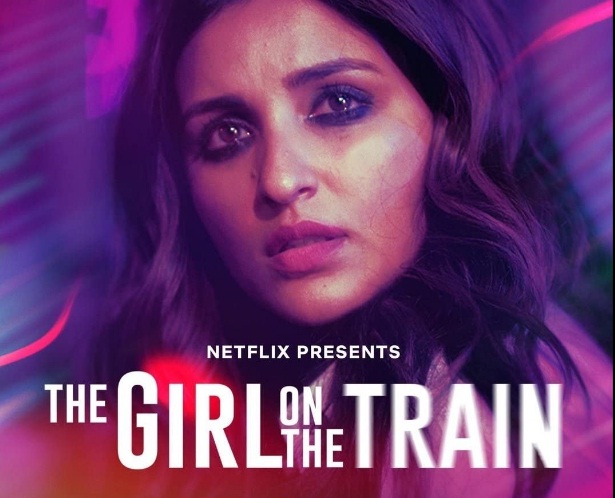 Do you know how it feels when you watch a good movie after a long time? Well, it feels amazing. The girl on the train is the adopted Hindi version of the much loved suspense novel by British author Paula Hawkins. The movie starts with an alcoholic woman who has her memory torn by amnesia. Meera Kapoor is seen taking an aimless train ride every day though London. While traveling she sees a young woman with a man in the house nears the tracks.

Every day while traveling, Meera would look at the happy and vibrant young woman. After recurrent findings, Meera becomes obsessed on this pretty stranger’s seeming cheerfulness and peculiarly tangled in the couple’s relationship.

There has been a mysterious disappearance and Inspector Kaur of Scotland Yard is conducting investigation on the case. The connection between the two cases gets is seemed to be shown later, but as an audience we can guess what is happening. Meera on the other hand is involved in a crime that she cannot recall, even as she struggles to cope with the drinking problem that is producing her life to fall apart before her hazy eyes.

Meera has the center stage in the movie. The plot is lacking the imagination, but roles are beautifully portrayed by everyone. the movie should have been shot in India so that it would have socio-cultural dimensions, rather than the movie being set in London but not only is that chance lost, even within London, the characters’ Indian backgrounds do not decode into any prominent ethnic specifics in the script, unless you count the clichéd shaadi song at the start.

There is a case of doctor whom we thought was the actually culprit but he wasn’t, the twist was only thrown on our faces to distract us from getting the suspense in the movie but it failed miserably. The essential part of the entire initiative is Mira’s magnetism towards one specific woman she sees from the train and not any other – this ends up being too massive a coincidence and too convenient a contrivance to be convincing.

The whole movie revolves around how Meera meets a man in a wedding than she falls in love with the young man. The problem starts when she takes up a case even though she was constantly asked to get off from the case. She was getting death threats to leave the case but she still went ahead do to this, while she was on the case she was expecting her first child with her husband. Suddenly she meets with an accident and looses her baby. Slowly her husband is drifting apart form her constant habit of drinking, she starts to develop amnesia and it becomes very hard for her to turn her life around. While all of this is going on she find herself fascinated by the woman she sees everyday through her train journey. She becomes fixated on the life of the woman and one fine day she notices the woman is cheating on her husband. Meera gets irked with this, she does not like it and she goes to fight with the woman. But it turns out there are lot of twists and turns.

The intriguing thing about Paula Hawkins’ novel was that though the reader felt stuck in an infinite time loop while turning the pages, there still existed deep passages that helped in understanding the protagonist(s) – unfortunately the same wasn’t created as beautifully in the film, which is usually the case with every film that aims to recreate a novel. At one point, it appears that the makers slightly lose a grip of the source material and the last half hour seems to be chaotic as well as cluttered – perhaps in a bid to cover up the gaps in the narrative.

Even in the middle of dangling storyline and other aspects, Parineeti Chopra as Meera has shown a phenomenal performance. Avinash Tiwary’s performance was satisfactory too, as the womaniser who’s grey shades turn to black as the film’s suspense begins to unravel. The role of Aditi Rao Hydari was terrific as Nusrat John. Kirti Kulhari played the bad cop which didn’t look too bad either.

I would rate the film 3.75/5 for the brilliant story line but improvable acting.