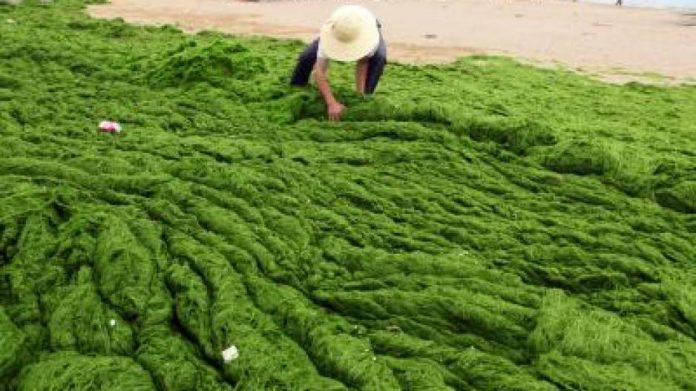 The seven-year study by 109 scientists in 35 countries says reported HAB events have increased in some regions, decreased or held steady elsewhere, and creates the world’s first baseline against which to track future changes.

The study, ‘Perceived global increase in algal blooms is attributable to intensified monitoring and emerging bloom impacts’, published in the Nature journal Communications Earth & Environment, creates the world’s first baseline against which to track future shifts in the location, frequency and impacts of HABs, which differ depending on which of the 250 harmful marine algae species is involved and where, requiring assessment on a species-by-species and site-by-site basis.

The study found that regionally-recorded HAB events, after being corrected for higher levels of monitoring effort, have increased in Central America and Caribbean, South America, Mediterranean and North Asia.

For the most part, however, the impacts were confined to shellfish harvesting area closures; rarely to human poisonings. The exception: Ciguatera event records are almost exclusively based on medical reports of human poisonings.

Eight of nine regions used in the study showed increases in reports logged via HAEDAT of harmful events per year, of which six were statistically significant.

The OBIS dataset, meanwhile, generally showed an increase in sampling effort in five of the nine regions.

When all information was combined, the researchers could find no statistically significant global trend overall.

They also found, however, that aquaculture production increased 16-fold from a global total 11.35 million tonnes of seafood in 1985 to 178.5 million tonnes in 2018, with the largest increases occurring in Southeast Asia and South America, Caribbean and Central America, with North America and Europe stabilising.

The number of recorded harmful algal bloom events over time was strongly correlated with intensified aquaculture production in all regions with data suitable for the study.

“The relationship between aquaculture-related nutrients and HABs therefore represents an important direction for further research.”

The study revealed a four-fold increase from 1985 to 2018 in observations of organisms mainly responsible for Diarrhetic Shellfish Poisoning (84,392 OBIS records).

In each case, the clear increase in the number of observations of problematic organisms paralleled an increase in records of associated toxic syndrome impacts.

They also found that the presence of toxic HAB species doesn’t always accurately predict cases of human shellfish poisonings, which the study credits to the food safety risk management strategies in many affected countries.

Also, the study says, despite widespread distribution of the responsible algal species, there have been no human fatalities from Amnesic Shellfish Poisoning since the original 1987 incident in Prince Edward Island in Canada (150 illnesses, three fatalities).

But ASP-associated mortalities of important marine mammals are of growing concern in Alaska and other parts of western North America, and ASP toxins have been linked to marine mammal calf mortalities in Argentina.

Of the world’s 3,800 human Paralytic Shellfish Poisonings from 1985 to 2018, the largest number (2,555 from 1983 to 2013, including 165 fatalities) occurred in the Philippines, which depends strongly on aquaculture for human food protein.