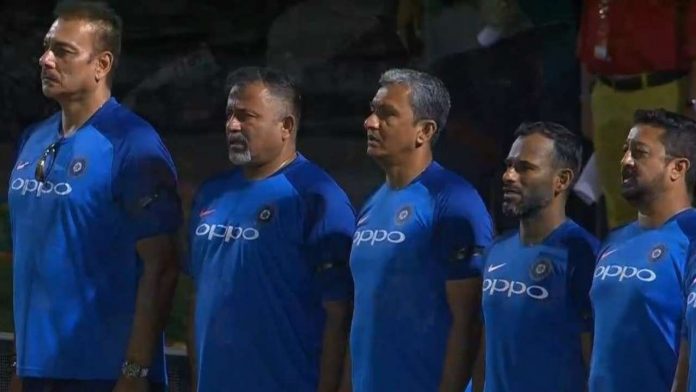 Only now one realises how taxing and difficult his task must have been in ensuring that the players’ travel, stay, transport, and organising the cricket related issues happened seamlessly.

The downside of such an arrangement was that players struggling with their mental, physical and cricket related concerns had no opportunity to vent their feelings. The only avenue for most was their friends and cricket colleagues who basically relayed a solution through their personal experiences. That was all done in a secretive manner as the career of the concerned cricketer would be over if the word went around.

Cricketers were earlier looked upon as foot soldiers, who were revered if they showed bravery, no pain, plenty of guts, and were resilient against adversity. They were expected to display immense concentration and one was looked upon as a weakling if one asked for even a glass of water during the normal duration of play. One was trained to fight like a warrior and a disciplined soldier.

The tales of C.K. Nayudu getting hit by a bouncer on the mouth that cut his lip and led to losing his front teeth, or of Sunil Gavaskar playing with a fractured finger to ensure Mumbai did not lose a wicket on a bouncy pitch in Nasik, were revered. The Indian legend had also done a similar act scoring a double century with a painful toothache in 1971 to ensure that India drew the Test match in the West Indies and won the series.

Tales of such heroic acts are what cricket history is replete with. Cricketers were subjected to these physical problems. However, the mental aspect of cricketers’ pain and anguish was looked upon as a weakness and was scoffed at.

Education, maturity, and the progress made in the field of neuroscience have shown that not all human beings are wired similarly. Some require more sensitivity than others.

The recent incident of Japanese tennis star Naomi Osaka at the French Open is a case in time. She indicated her anxiety and mental issues related to press and public speaking. The rules required her to do a mandatory press conference after each match. Rather than being sensitive towards her predicament, the authorities fined her.

This naturally put her into a state of complete confusion and one felt sorry that the personal touch of care and concern were not looked at in the modern world we live in. This incident should be seen as a major concern, as with sports becoming a popular career in India, the mental health at all levels of the game has to be addressed by the Indian cricket board and their associated bodies very seriously.

Cricketers, similar to other sportsmen and those in every other walk of life, also go through two very distinct stress levels. One is ‘eustress’, which one considers as beneficial and the other is ‘distress’, which could potentially lead to depression. Eustress brings in the adrenaline kick most essential for one to perform. This is looked at as beneficial as it activates the mind and muscles to react and perform. ‘Butterflies in the tummy’ is a good expression of it and one goes through it regularly in cricket. Although it is a feeling that every sportsperson dreads, it is stress that one needs to absorb and familiarise with in each competitive encounter one faces.

The concerning stress is distress. Continuous failure to achieve, mental and physical suffering, extreme anxiety, and sadness all leads to it.

The pandemic has brought stress as one of the major concerns facing an international cricket team. Earlier one toured for cricket and spent three to four months playing overseas. There were side games and rest days for cricketers to break the monotony. The option of destressing through shopping or going out to eat and meeting with friends were easily available. Even with such outlets, cricketers were eager to get back home immediately after their last match. The successful players wanted to get back to rejoice with their families whereas the unsuccessful ones would itch to get back to the comfort of their near and dear ones.

This has all changed with cricketers being subjected to remain under lockdown for several months last year. They were pleased to undertake any situation to get back on to the field.

The bio-secured bubble and the lockdowns became the only way they could do so and cricketers willingly obliged. The pandemic, unfortunately, has not been brought under control as yet and so what initially looked like a temporary arrangement of work in a bubble looks to be one that could continue for quite a while. The strict quarantine regulations in most countries have made it difficult for players and their families to travel in and out of the bubble.

This is also where the support staff in present day cricket become useful. A cricketer has the option and opportunity to relay his problems to one of them. However, a professional physiatrist or a mental coach has become essential and he should be added to the support staff. His presence and opinions would be valuable in planning and in the execution of a cricket related strategy, as he will be able to give a professional and independent assessment of each player and their mental state of mind.

Therefore, having specialists in all cricket related activities, fitness and health related issues, data and information collection experts, the need of a qualified mental practitioner has become an important to the team. The sooner cricket administrators understand it the better it will be for cricketers and their mental safety.