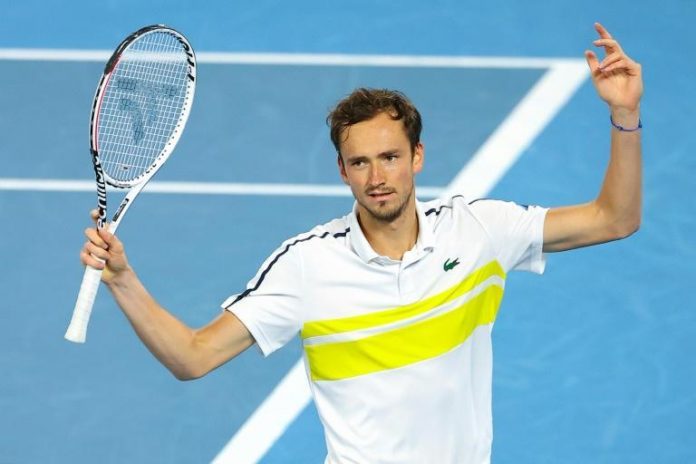 World No.2 Daniil Medvedev defeated American Sam Querrey 6-4, 6-2 in the final of Mallorca Open to win the first grass court tennis tournament of his career.

The tournament acts as a warm-up for Wimbledon, which begins on Monday.

Medvedev, who had looked lost after his first-round exit at the Halle Open this month, was in impeccable form, dropping only one set in the entire tournament enroute to title victory. He had beaten Corentin Moutet, fifth seed Casper Ruud and fourth seed Pablo Carreno Busta on way to the final.

The Russian converted three of the four break points and won 90 percent of the points on first serve.

This is his 11th ATP title win.

However, Medvedev faces a big challenge in Wimbledon. His first round opponent, Jan-Lennard Struff, had defeated him in the first round of Halle Open. The Russian would love to avenge the defeat.