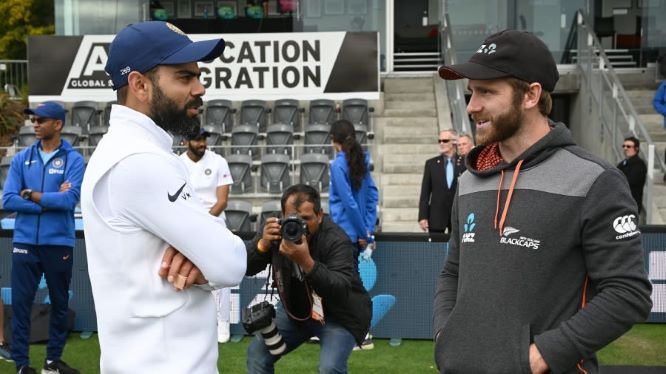 When India captain Virat Kohli and New Zealand counterpart Kane Williamson take field for the World Test Championship (WTC) final on June 18, they will renew a captaincy rivalry that goes back 13 years, to the 2008 under-19 World Cup semi-final.

Kohli came out winner in that duel, and India eventually won the World Cup by beating South Africa in the final.

Since then, however, Williamson has grown in experience and earned accolades for his leadership whereas Kohli has earned honours as well as brickbats at the helm.

The last time the two had faced off in an ICC tournament was in the 50-over 2019 World Cup semi-final. Williamson trumped his India rival as he used his bowlers well to defend a 239-run total.

Former Australia speedster Brett Lee has said in an interview with the International Cricket Council (ICC) that the WTC final would be a clash of two styles of captaincy. He said that while Williamson is calm, Kohli is all aggression.

“I don’t like to compare captains or players. Both Kohli and Williamson are different and have been successful. Both have done well for their countries,” Azharuddin told IANS on Monday.

“Williamson has done well for himself and his team with whatever resources he has had. He has got a lot of class. He is magnanimous. Even when he loses the game, he is always generous like we saw in the 2019 World Cup final loss to England. Any other captain would have lost cool and lashed out but he stayed calm and accepted the defeat,” he said.

New Zealand lost to England in a thriller during the World Cup final. With even the Super Over ending as a tie, England won the final and trophy on boundary count.

England had taken the game to Super Over, thanks to a piece of luck when a throw from Martin Guptill in the last over hit Ben Stokes and was deflected to the boundary for four.

Williamson, however, stayed calm and did not lash out in anger after the final.

“He is not aggressive like Kohli but he gets the job done,” said Azhar.

Azhar said that while both have used their resources well, Kohli is different in his style and has the advantage of a very good side.

“Kohli is different. He has got the team he knows. He has got good bowlers. Both have done well for their countries,” said Azhar further.

The 32-year-old current skipper is already India’s most successful captain having led the country to 36 wins in 60 Tests. That is a winning percentage of 60, a shade better than Williamson’s 58.33 as captain.

Despite the record, critics have questioned Kohli’s selections in playing XI especially in overseas Tests. His penchant for changing the playing XI regularly has been blamed for often letting India down.

In South Africa in 2018 and in England 2018, some of the selections are believed to have led to crucial defeats for India.

Conversely, his backing of some of the youngsters has fired up players to perform. He had led India to their first-ever Test series win in Australia 2018-19 and although Ajinkya Rahane repeated the feat earlier this year, coach Ravi Shastri said Kohli had played a key role in instilling self-belief.

Williamson, on the other hand, has led his country in 36 Tests and won 21 of those. The Kiwis have lost eight Tests under him. Except for one, all the losses under him have come overseas.

Although the 21 Tests he has won for New Zealand are second to 28 under Stephen Fleming, his winning percentage of 58.33 is by far the best for any Kiwi captain. Fleming’s win percentage was just 35.

Kohli though has a better record as batsman in England. He has scored 727 across 20 innings at 36.35 while Williamson has 261 runs in 10 innings at an average of 26.1 in England. In fact, in the first Test against England that ended on Sunday, Williamson got 14 across two innings.