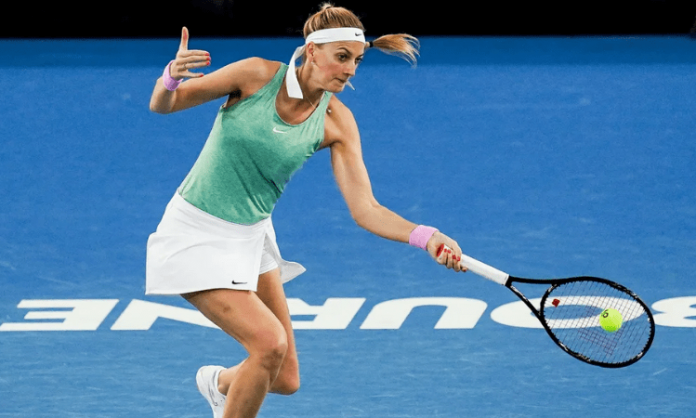 Kerber, the winner of three Grand Slam titles, including the Wimbledon in 2018, will take on Katerina Siniakova of the Czech Republic in the final on Saturday.

“I was really fighting until the end, and I was trying to believe that I can win the match and turn around the third set,” Kerber told wtatennis.com after the match.

Two-time Grand Slam champion Kvitova had an 8-6 head-to-head lead coming into the clash but it was Kerber, the former world No. 1, who eked out a victory over the Czech in front of the home crowd.

“I think it was also important for me to win a match like this against Petra because the last few months, I’ve lost really tight matches. The match against Petra shows me that I’m still able to win matches like this.”

Kerber’s semifinal victory was her second comeback win of the day. Both she and Kvitova had to play two matches on Friday, after rain washed out play on Thursday.

During quarterfinal matches earlier in the day, Kerber overcame Amanda Anisimova of the US, 2-6, 6-3, 6-3, while Kvitova defeated number five seed Nadia Podoroska of Argentina, 6-3, 7-6(10).

“I don’t know when I (last) played six sets in one day, I think it’s a long, long time ago,” Kerber said. “But physically I’m feeling good. I will try to recover as fast as possible before the final.”