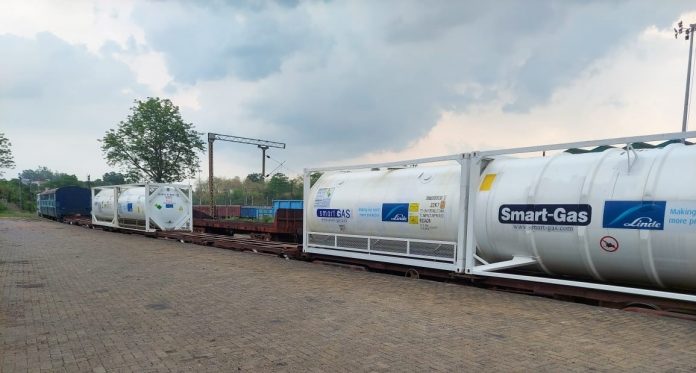 The Railway Ministry said on Saturday that it has transported more than 25,000 MT of Liquid Medical Oxygen (LMO) to several states in over 1,500 tankers.

A ministry official said that the Oxygen Express trains have crossed the milestone of 25,000 MT of LMO delivery.

He said that so far, the Railways has delivered more than 25,629 MT of LMO in more than 1,503 tankers to various states across the country.

The official said that 368 Oxygen Express trains have completed their journey so far and brought relief to various states.

The official further said that seven loaded Oxygen Express trains are on the run with more than 482 MT of LMO in 30 tankers.

The official further said that more than 3,000 MT LMO has been offloaded in Karnataka by Oxygen Expresses.

The Indian Railways started Oxygen Express trains 42 days back on April 24 from Maharashtra with a load of 126 MT.