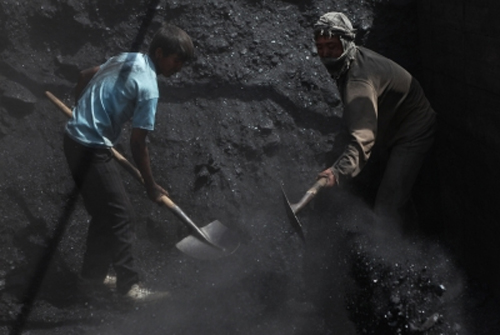 Coal producers are actively pursuing 2.2 billion tonnes per annum of new mine projects around the world, a growth of 30 percent from current production levels, a new report from Global Energy Monitor said on Thursday.

The first-of-its-kind analysis surveyed 432 proposed coal projects globally and found a handful of provinces and states in China, Russia, India, and Australia are responsible for 77 percent (1.7 billion tonnes per annum) of new mine activity.

If developed, these proposed projects boost supply to over four times the 1.5 degrees Celsius-compliant pathway necessary to meet the goal of the Paris climate agreement.

According to the report, coal producers’ expansion plans are at odds with the IEA’s net-zero roadmap, which requires no new coal mines or coal mine extensions, as well as the UN and leading research organisations, which have found coal production needs to decline 11 percent each year through 2030 to limit global warming to 1.5 degrees Celsius.

The prospect of a low-carbon transition and tighter emission policies put these projects at risk of becoming up to $91 billion in stranded assets.

Ryan Driskell Tate, a research analyst at Global Energy Monitor and lead author of the report, said: “While the IEA has just called for a giant leap toward net zero emissions, coal producers’ plans to expand capacity 30 percent by 2030 would be a leap backward. Demand for coal is plummeting and financing for new coal projects is drying up. New mines and expansions of existing mines will be producing coal for a world in which coal is unviable economically, and untenable for the environment.”

Christine Shearer, Program Director for Coal at Global Energy Monitor and co-author of the report, said: “If built, these new coal mine projects would produce emissions equivalent to current emissions from the US. Driving up emissions is the fact that many of these new mines are greenfield proposals that will lock-in more long-term production and unleash new sources of methane emissions.”

India’s single largest project, the Siarmal Open Cast mine in Sundergarh district in Odisha could produce 50 mtpa at peak capacity, with an operational life of 38 years, making it the second-largest proposed coal mine in the world after Australia’s Carmichael Project (60 mtpa).

India’s central and state governments collectively account for more than 82 percent of the proposed coal mines.

India has for long intended to increase its domestic coal production to reduce coal imports. However, several attempts to privatisation have resulted in charges of corruption or not enough interest in coal mine auctions.

With the pandemic-induced economic slowdown, the government opened up its coal mining sector to domestic and international companies. In June last year, from 186 mtpa of productive capacity put up for sale, only one quarter (51 mtpa) was allocated, and none of it to foreign buyers.

Undeterred, the government launched the second auction in March this year adding another 67 coal blocks on the auction that is likely to take place from June to July this year.