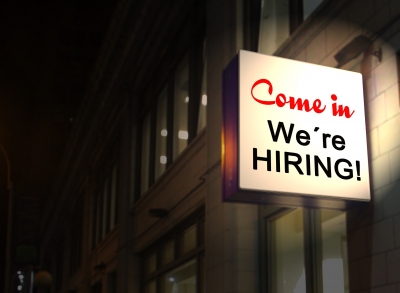 (IANS) About 90 percent of the large organizations stepped up their hiring due to elevated consumer demand during January and March 2021, according to a report on Thursday by job site Indeed.

The India Hiring Tracker Q4 FY21 report analysed employers and job seekers between January and March 2021. The survey was conducted among 500 employees and 350 businesses across nine cities in March.

Despite low levels of employer sentiment, market confidence was a leading driver in hiring in Q4 FY21, with economic activity picking up after a prolonged period of lockdown last year, the report said.

The survey showed that 70 per cent medium-sized and 78 per cent small businesses hired due to early positive market sentiment, and about 64 per cent of employers hired during Q4 FY21.

Although overall hiring activity for the quarter remained robust, the monthly hiring trend — 26 per cent in March — did observe a progressive decline — from 38 per cent in January and 31 per cent in February — with the effects of the second wave of the pandemic.

“Our first India Hiring Tracker previews behaviours and priorities that we believe will underline job market activity through the year. This report signifies that India’s job market is resilient and agile, and that talent demand and supply will bounce back as the country fights back and the economy opens up,” said Sashi Kumar, Head of Sales, Indeed India, in a statement.

Healthcare (82 per cent), E-commerce (69 per cent), and Financial Services (68 per cent) sectors led the activity.

About 32 per cent of jobseekers describe an ideal or excellent organisation as one that prioritises employee wellness, followed by a fun work culture (25 per cent) and innovation (19 per cent).

“Tech skills are absolutely critical in driving India’s inclusive recovery and will continue to be a job market priority. We also observed that the concept of remote work has led to a reordering of employee priorities where workforce wellbeing is a necessity, not a prerogative,” Kumar added.