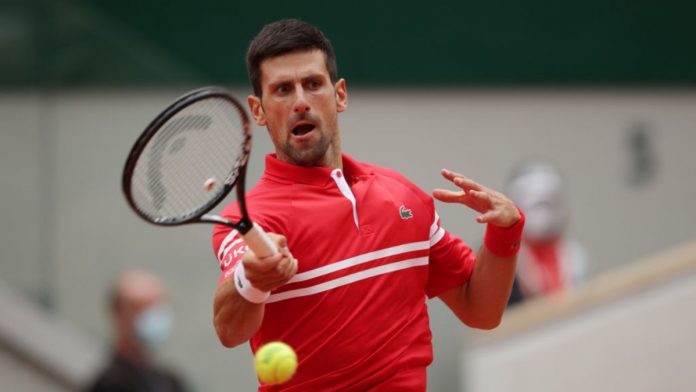 World No. 1 Novak Djokovic continued his quest for a 19th Grand Slam title as he breezed into the French Open pre-quarterfinals with a 6-1, 6-4, 6-1 victory over Lithuania’s Ricardas Berankis in one hour and 32 minutes here on Saturday.

Djokovic will next meet 19-year-old Italian Lorenzo Musetti, who survived a five-setter against compatriot and 2018 semi-finalist Marco Cecchinato, winning 3-6, 6-4, 6-3, 3-6, 6-3 in three hours and seven minutes.

This was the first five-setter of Musetti’s career.

Earlier, Italian 19th seed Jannik Sinner got the better of Sweden’s Mikael Ymer 6-1, 7-5, 6-3 to make it to the pre-quarterfinals.

Sinner will meet the winner of the third-round match between Spain’s Rafael Nadal and Britain’s Cameron Norrie in the pre-quarterfinals.

This is the first time since Novak Djokovic and French player Gael Monfils in 2006 that two teenagers – Musetti and Sinner — have reached the fourth round at Roland Garros.

Djokovic, 34, produced high-quality tennis on way to the last 16 in Paris for a record 12th consecutive year. The Serbian, who won the French Open title in 2016, improved his match record for this year to 23-3.

He struck 30 winners and lost just five of his first-service points for his fourth straight win against world No. 93 Berankis.

Djokovic, who could face Swiss star Roger Federer in the quarterfinals, has so far won the Australian Open and Belgrade Open titles this year besides finishing runners-up at the Italian Open in Rome, where he lost to Nadal.