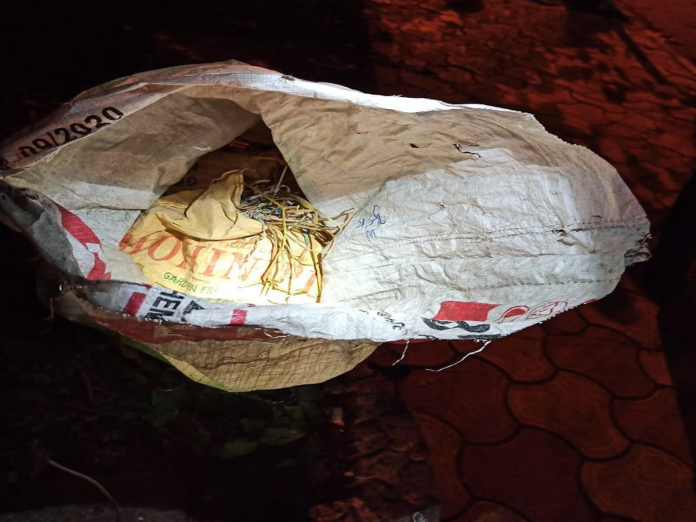 In a shocking incident 54 crude bombs were recovered by Kolkata police from Khidderpore and Hastings crossing in the southern fringes of the city on Saturday night. The bombs were found hardly 20 metres away from the BJP office that was used during the election.

Though the police are yet to reveal the details of the bombs but local people said that at at least 54 crude bombs were kept in four sacks that is mainly used for the packing of fruits. Interestingly enough the place is a market area and the sacks were covered with packing boxes and it apparently seemed like fruits.

Police from Hastings police station, bomb squad and officers from anti-rowdy section rushed to the spot and recovered the bombs and diffused it.

Though officially police are yet to say anything but senior officials told on condition of anonymity that apparently the bombs were crude but an explosion of so many bombs could have caused serious damage. “We have started investigation to find out how the bombs came there. The CCTV footage is also being examined,” the officer said.