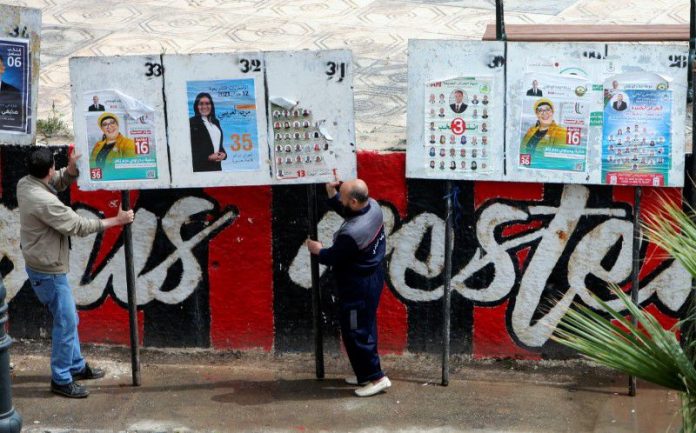 Polls opened in Algeria on Saturday for a parliamentary election that the ruling establishment hopes will turn a page on two years of political unrest, but which many voters are expected to ignore.

President Abdelmadjid Tebboune has called for a high turnout, but there has been little public enthusiasm for voting in recent elections, with many Algerians convinced real power is wielded by the army and security forces.

At a polling station in a primary school near Prime Minister Abdelaziz Djerad’s office in central Algiers, three policemen stood guard. A few minutes before voting began, five people waited outside to cast their ballots.

“We hope the next parliament will be a force pressing for change that the majority want,” said Ali Djemai, a 33-year-old school teacher.

But at a cafe nearby, 42-year old post office worker Djamel Badir said the election would change nothing and he would not vote. “Our parliament is powerless,” he said.

The election takes place against the backdrop of political upheaval, after the leaderless “Hirak” protest movement led to the ousting of veteran President Abdelaziz Bouteflika in 2019 and the fall of many other senior officials.

The Hirak wants a thorough purge of the ruling elite and the army’s withdrawal from politics, and says any elections that take place before those goals are met can be nothing but charades.

Though the ruling elite has publicly welcomed Hirak as a movement of national renewal and jailed some senior figures from Bouteflika’s circle, authorities have also cracked down on the movement with arrests.

The old main parties that have dominated for decades – the FLN liberation front that won Algeria’s independence from France and the RND party – were damaged by the corruption charges against Bouteflika’s allies.

That, and the expected boycott by Hirak supporters, may leave the way open for independents and several moderate Islamist parties to do better than in previous votes.

Polls are officially scheduled to close at 1900 GMT, though in some previous elections they have been kept open later, and results will be announced on Sunday.

Parties that gain a strong position in parliament are likely to be part of Tebboune’s next government, which will face a series of tough challenges with Algeria’s economy facing crisis.

Energy revenue, long the mainstay of a closed, state-controlled economy, has fallen hard in recent years and foreign currency reserves have dropped by four fifths since 2013.

Recent governments have repeatedly promised reforms to diversify the economy and spur private sector growth and new investment, but they have failed to deliver.