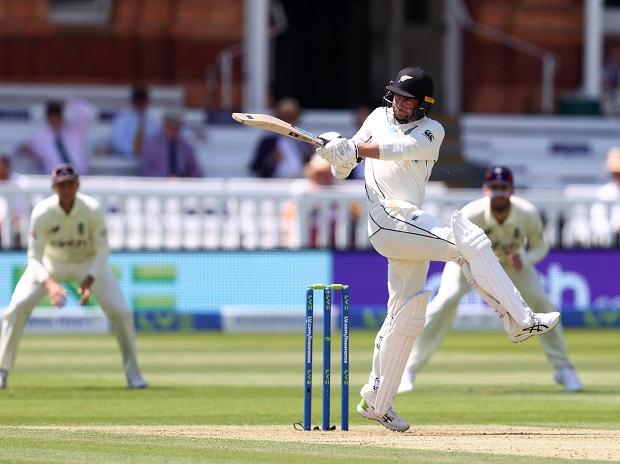 New Zealand were 62 for two wickets in their second innings at stumps on the fourth and penultimate of the first Test against England here on Saturday. Having taken a 103-run first-innings lead earlier in the day, the visitors now have a total lead of 165 runs, going in the final day’s play.

At stumps, Tom Latham was batting on 30 and Tom Latham was on two. Debutant Devon Conway, the double centurion of the first innings, was out for 23. England pacer Ollie Robinson bagged both wickets, and finished the day with two for eight.

Thanks to Conway’s record-breaking innings, New Zealand had scored 378 in their first innings.

Earlier on Saturday, New Zealand pacer Tim Southee captured his 12th five-wicket haul to bowl out England for 275 in their first innings, and earn a 103-run lead for his team, despite opener Rory Burns’s century.

Southee finished with six for 43, his second five-wicket haul at Lord’s. Burns batted for almost eight hours and faced 297 balls for his 132. Captain Joe Root and Ollie Robinson scored 42 each.

The entire fourth day’s play on Friday was washed out by rain.