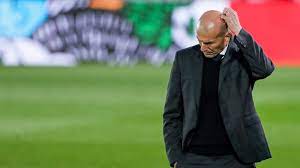 Zinedine Zidane has resigned as head coach of Real Madrid, the Spanish club said on Thursday.

“It is now time to respect his decision and show our appreciation for his professionalism, dedication and passion throughout all these years, and for what he represents as his figure for Real Madrid,” the club said in a statement, DPA reports.

The World Cup-winning former France captain had a contract until June 2022 but had reportedly already told Real Madrid players earlier in May he would leave the club at the end of 2020-21 season.

However, his stay had been a subject of speculation by the media for several weeks, and the resignation comes after a disappointing season which has seen the club finish without any title for first time in 11 years. They finished second to city rivals Atletico Madrid in La Liga, lost to third tier Alcoyano in Copa del Rey and to Chelsea in the semi-final of Champions League.

This is the second time Zidane has left Real Madrid before the end of his contract. He stepped down as coach in the summer of 2018, days after winning Champions League, only to make a surprise return in March 2019 after Santiago Solari was sacked.