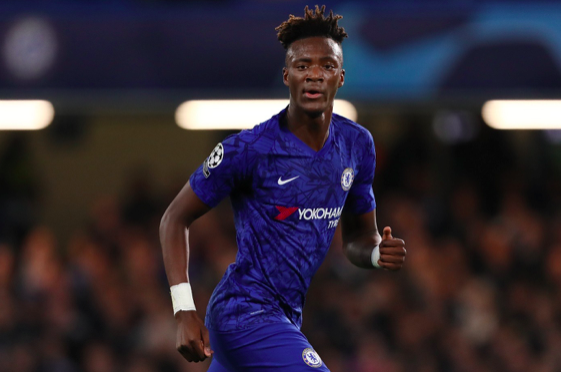 Tammy Abraham must have feared the worst when Timo Werner walked through the doors at Chelsea. Having enjoyed a good season for the Blues in Frank Lampard’s first campaign in charge, here was a striker who arrived with a reputation as one of Europe’s best. You could have forgiven Abraham for thinking he’d hardly get a kick of the ball all season.

And yet, Werner has struggled massively, squandering chance after chance and failing to make the impact at Stamford Bridge that his transfer fee suggested he should. Opportunities to impress have come Abraham’s way as Chelsea re-established themselves as contenders in the top 4 odds, but the 23-year-old has failed to grab them with both hands — almost as if Werner’s goalscoring woes are contagious. Six Premier League goals so far this season represent a failure to build on last season’s impressive tally of 15.

The latest news is that Chelsea are reportedly planning to offload Abraham, with £40 million the price quoted for his services. While that seems an extortionate amount, you can bet that there will be plenty of interest from Premier League clubs, as Abraham is a striker with a proven record of scoring in the Premier League — a precious commodity.

It’s likely to be a big summer for Abraham, as he seeks to find a club where he can settle down and get regular first-team opportunities. His dream was always to make it work at Chelsea, but it seems like the club is looking to go down a different path, and that means Abraham would only find himself pushed further down the pecking order by new acquisitions.

There’s no doubt that Abraham has the makings of a strong, consistent Premier League striker. After all, he proved it last season by banging in the goals for Chelsea in a season where it’s perhaps true that they lacked firepower in certain areas of the pitch. The development of players like Abraham and Mason Mount is something Lampard can hold his head high about, even if his Chelsea reign ended in disappointment.

The question is, where should Abraham go? One option is Aston Villa, with whom he enjoyed a successful loan spell when the club were in the Championship. But given that the club forked out £30 million on Ollie Watkins last summer, who has proved a success, it’s unlikely that they’d be willing to splash the cash required to bring Abraham back to Villa Park.

A club of that ilk would be Abraham’s likely destination – an upper mid-table team who are seeking to make that next step and perhaps challenge for European football. Wherever he goes, it’s vital that he gets plenty of football, but you would expect plenty of clubs to be keen on his signature, and his presence would improve the chances of any team in the Premier League betting tips.

Abraham proved that he can handle pressure at Chelsea. Leading the line at one of the country’s biggest clubs is no easy thing, but Abraham grabbed his opportunity with both hands last season, and it’s just a shame that things haven’t quite worked out for him at Stamford Bridge since. Indeed, given that he has performed well under the spotlight at Chelsea in that 2019-20 campaign, perhaps he will flourish even more at a club where expectations are not quite so high, and where he will be afforded more freedom to grow and mature as a player.

It’s hard to know just how far Abraham can go in the game. On the surface, he has all the raw attributes needed to be a hugely successful striker — it’s all about whether he can produce the goods on a consistent basis season after season. Lots of strikers have burned bright in the Premier League before fading away shortly afterwards. The task facing Abraham is to meet the next challenge head on and ensure his career doesn’t follow that familiar downward trajectory.