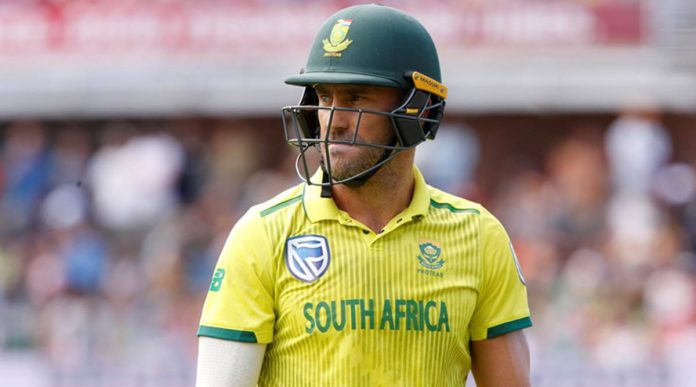 (IANS) Former South Africa captain Faf du Plessis said that he and his wife received death threats after the 2011 World Cup quarter-final against New Zealand. South Africa lost the match by 49 runs in Dhaka, despite having to chase a target of 222.

Playing only his 10th ODI, du Plessis came in when South Africa were 121/4. AB de Villiers was on 35 at the other end, keeping the Proteas’ hopes alive. However, the pair went for a tight single after du Plessis fended off the second ball he faced and de Villiers was run out.

“There were some very offensive things said that I won’t repeat. It makes you introverted towards people and you put a shield up. All players go through this and it forces us to keep our circles very small. It’s why I’ve worked so hard on creating a safe space within our camp,” he said.