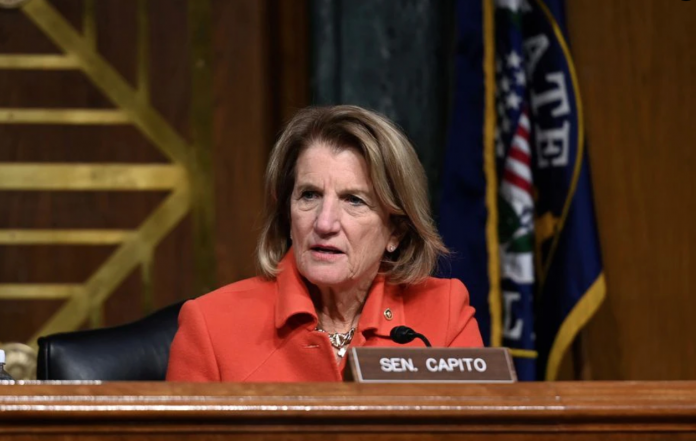 Negotiations with U.S. President Joe Biden over a potentially massive infrastructure investment package are inching forward even though disagreements remain over the size and scope of such legislation, Republican Senator Shelley Moore Capito said on Sunday.

“I think we can get to real compromise, absolutely, because we’re both still in the game,” Capito said in an interview with “Fox News Sunday.”

Capito leads a group of six Senate Republicans who have been in regular contact with Biden and White House aides over a bill the administration wants to move through Congress promptly.

The Republican senators have proposed $928 billion to improve roads, bridges and other traditional infrastructure projects. Much of the funding would come from money already enacted into law for other purposes that they argue is unused.

The Biden administration’s latest offer in negotiations is for $1.7 trillion and would include federal spending on projects that go beyond traditional infrastructure, such as home care for the elderly.

Transportation Secretary Pete Buttigieg, speaking on ABC’s “This Week,” said of the latest Republican counteroffer: “There’s movement in the right direction, but a lot of concern.”

Buttigieg added, “We need to make investments over and above what would have happened anyway.” He also highlighted the need for using the infrastructure bill to address climate change and signaled opposition to shifting COVID-19 relief money to infrastructure accounts.

Capito said that following a White House meeting, which Republicans viewed as productive, Biden aides stepped away from some of the ideas Republicans pushed.

“We have had some back and forth with the staff that sort of pulled back a little bit but I think we’re smoothing out those edges,” said the West Virginia senator whose state stands to benefit significantly from new infrastructure investments.

Nonetheless, Republicans continued to balk at raising taxes on the wealthy and corporations to help finance the projects.

“I’m not going to vote to overturn those,” Capito said when asked about rolling back some of the Republican tax cuts enacted during the Trump administration.

She also held the line against including new funding for projects that go beyond physical infrastructure, saying those could be considered in other measures percolating in Congress.

The talks were expected to continue this week even though Congress is on a break, with the Senate returning on June 7.

When lawmakers return to Washington, Biden will be under pressure from many of his fellow Democrats in Congress to sidestep Republicans and cut off negotiations if they do not show signs of significant progress.

Buttigieg told CNN there needs to be a clear direction on the infrastructure bill. “The president keeps saying, ‘inaction is not an option’ and time is not unlimited here.”

Meanwhile, Democratic Senator Kirsten Gillibrand, also interviewed on CNN, said, “I think waiting any longer for Republicans to do the right thing is a misstep.” She added, “I would go forward.”

Congress could use a special “reconciliation” process that requires only a simple majority of the 100-member Senate to advance legislation, instead of the 60-vote threshold usually required. The Senate is currently evenly split, 50-50, with Democratic Vice President Kamala Harris having the power to break deadlocks.

It is not clear, however, whether all Democrats would go along with such a process.