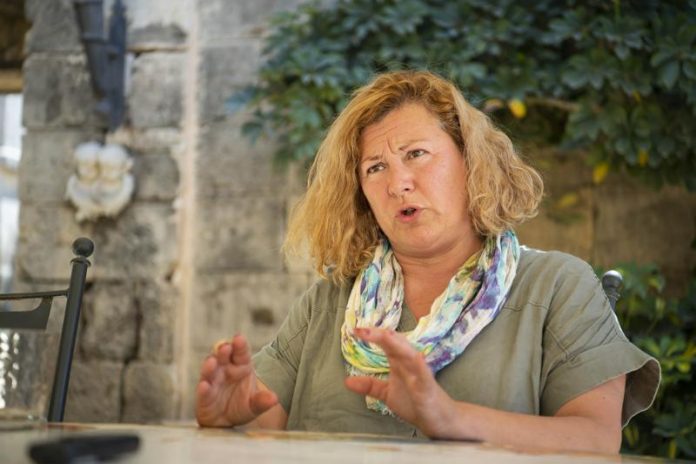 A proposal to decriminalize abortion in Malta has stirred up a polarized debate on an issue long considered taboo in the country with the strictest abortion laws in the European Union.

Independent lawmaker Marlene Farrugia caught many by surprise this month when she presented a bill in Parliament calling for the removal of paragraphs in the criminal code that make it a crime punishable by up to three years in prison to have an abortion or assist a woman in having one.

Though the law is rarely enforced — the Home Affairs Ministry says the last person jailed for abortion was in 1980 — backers argue it acts as a deterrent. Farrugia disagrees, saying that the fear of reprisal and punishment prevents women from seeking counselling and help in Malta, where surveys show public opinion remains firmly against abortion.

“Decriminalizing abortion is not the same as promoting it,” Farrugia told The Associated Press. “By criminalizing women, stigmatizing the subject of abortion and keeping this discussion a taboo, we are not saving lives and we are not helping the cause of making abortion obsolete.”

The Catholic island nation has liberalized some laws in recent years, legalizing divorce 10 years ago and same-sex marriage in 2017.

The bill is unlikely to advance through Parliament, where one major party has declared itself against decriminalization and the other implied it wants a debate in society rather than a vote in Parliament. But supporters say it has sparked a conversation that is long overdue.

“The people have woken up and many more have come out of the woodwork to declare themselves openly pro-choice,” said Isabel Stabile, of abortion rights activist group Doctors for Choice.

While Farrugia insists her bill wouldn’t legalize abortion, just remove the penalties for it, opponents disagree.

“We view the decriminalization of abortion as a smokescreen to introduce abortion right up until birth in Malta,” said Miriam Sciberras, Chairperson of the anti-abortion group, the Life Network Foundation Malta.

“If we really care about women, we first let them be born,” Sciberras said. “The law is there for a reason. It is there to protect us all, especially the vulnerable.”

Abortion has been legalized in nearly all EU countries, though Poland this year tightened its abortion laws following a constitutional court ruling. The only exceptions allowed under Polish law are when the woman’s life or health is at risk or if a pregnancy results from rape or incest. In Malta, the law doesn’t allow for any exceptions, but in practice doctors apply the “moral principle of double effect,” whereby the death of a fetus is viewed as an unintended consequence of efforts to save a woman’s life, said Andrea Dibben, of the Women Rights Foundation in Malta. She added that this principle cannot always be applied and is insufficient.

Malta’s Archbishop, Charles Scicluna, has also weighed in on the discussion and delivered a homily in what was an indirect response to the notion of decriminalizing abortion.

“A mother’s womb is dear and holy, it is there that human life grows,” he said on May 13. “Let us pray for the womb to remain a place of life, not a place where killing takes place.”

Doctors for Choice estimates that at least 300 women in Malta have abortions every year, either by traveling to countries where abortion is legal, including Britain, Italy or the Netherlands, or by obtaining abortion pills.

One woman, who spoke on condition of anonymity for fear of being prosecuted, told the AP she got in touch with an international organization that helped her obtain abortion pills. She was worried about any potential side effects from the pills but said she wouldn’t have sought medical help right away had she needed it, out of the fear of being caught.

“If something goes wrong, you’re stuck,” she said. “People should be able to find the support they need in the country. Not everyone has the financial means to travel abroad.”

Farrugia, who describes herself as “pro-life,” says she will continue to urge women “to use prevention and also not to terminate even if they find themselves burdened by an unwanted pregnancy.”

“However, should they decide to terminate after going through support and counselling, then abortion needs to be highly regulated and safe.” she added. “Ultimately, no woman should be forced to carry on with a pregnancy she does not want.”