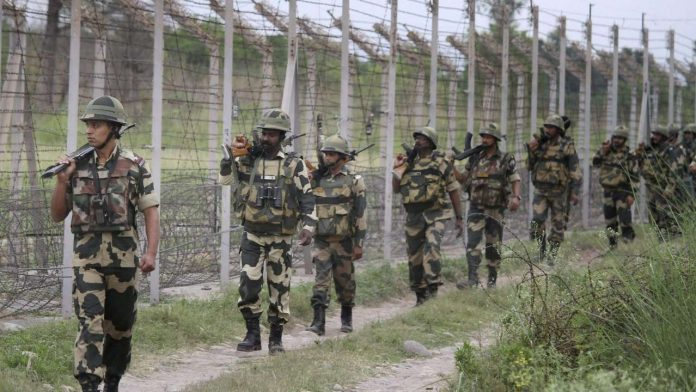 Infiltration bids have increased along India-Pakistan borders this year compared to previous year’s corresponding four-and-half months with the neighbouring country pushing militants and smugglers into Indian territory to spread terrorism as well as grow illegal drug and arms trade.

Backed by Pakistan’s Inter-Services Intelligence (ISI), some of the militants and smugglers managed to sneak into Indian territory, however, majority of them either failed in their attempts or a few of them were nabbed by the Border Security Force (BSF) personnel guarding 3,323 km India-Pakistan border.

Punjab frontier in India saw a maximum of 23 infiltration bids, followed by Jammu (10), Rajasthan (5) and one each through Kashmir and Gujarat.

A report collated between January 1 and May 20 this year signaled 40 such instances this year while 11 similar attempts were made during the corresponding period in 2020.

Of the 40 infiltration attempts, the BSF foiled 23 and also apprehended 17 Pakistan-based infiltrators while trying to enter into Indian territory illegally.

In the 23 failed infiltration bids, 11 were through Punjab, seven through Jammu, four through Rajasthan and one through Kashmir. However, 12 of 17 apprehensions were made in Punjab frontier, three in Jammu and one each in Rajasthan and Gujarat.

Last year (from January 1 to May 20), only Punjab, Jammu and Gujarat were used by the infiltrators. There was not a single infiltration attempt from Rajasthan frontier. Of these attempts, three were foiled by the BSF and eight militants were held in another eight infiltration bids when they were trying to cross the border.

Of the three failed infiltration attempts, two were tried through Punjab frontier while one from Jammu. In seven of eight apprehensions, the BSF caught seven in Punjab frontier region and one in Gujarat.

It is pertinent to mention that these infiltration attempts were orchestrated by Pakistan’s ISI at a time when the whole world has been passing through Covid-19 pandemic hitting humanity as well as the economy at its worst phase ever.

Pakistan’s infiltration attempts were little bit controlled last year when the first wave of Covid outbreak led to months long countrywide lockdown across the world, but this year it is almost eight times higher compared to previous year when the ongoing second wave of the pandemic is more deadly.

A senior official in the BSF, requesting anonymity, told IANS that the infiltrators were pushed back into Pakistani territory in most of the cases and an extensive search operation were launched for any person who might have sneaked in.

India shares about 200 km of international border (IB) with Pakistan from Punjab up to what is known as the Chicken’s Neck area near Jammu. After that there is 720 km of Line of Control (LOC) up to Ladakh.

In the fourth infiltration bid in a week in January this year, militants triggered a blast to cut into the border fencing, but BSF troops foiled their attempts after a fierce gun battle between the two sides took place in Akhnoor sector of Jammu district in the wee hours. The militants then fled back.