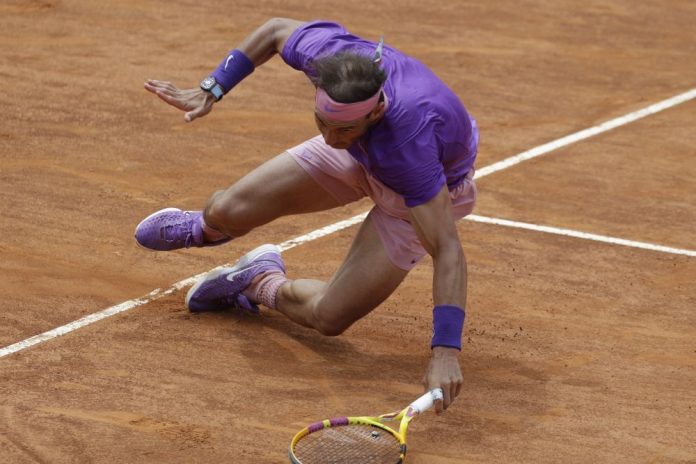 (IANS) Exactly one week on from his quarter-final loss to Alexander Zverev at the Madrid Open, Rafael Nadal took his revenge, defeating the German 6-3, 6-4 at the Italian Open on Friday.

Nadal will attempt to extend his unbeaten 11-0 semi-final record at the Foro Italico when he faces first-time ATP Masters 1000 semi-finalist Reilly Opelka on Saturday.

Nadal, the nine-time champion, saved all eight break points he faced in the second set to win after two hours. The Spaniard’s win ended a streak of three straight losses against the World No. 6 and improved his ATP head-to-head record against Zverev to 6-3.

“[I am] happy. I played a very solid match with not many mistakes, playing the way that I have to,” Nadal said in his post-match interview. “[It is] an important victory for me against a great player.”

“[I will face] a big chance against a player who has almost an unreturnable serve. [Reilly] is playing well,” Nadal said. “I need to be very focused with my serve and then try to be ready to accept [the situation] and be [engaged] on the return. That is what I am looking for.”

In the first set, Nadal used his forehand to control the centre of the court and found consistent success behind his second-serve return. The 35-time Masters 1000 titlist raced into a 4-0 lead, but Zverev played with increased aggression from the baseline to reduce the gap. When serving for the set at 5-3, Nadal targeted Zverev’s backhand to save break point and convert his first set point.

“I think I played more solid than in Madrid. At the same time, conditions are different,” Nadal said.