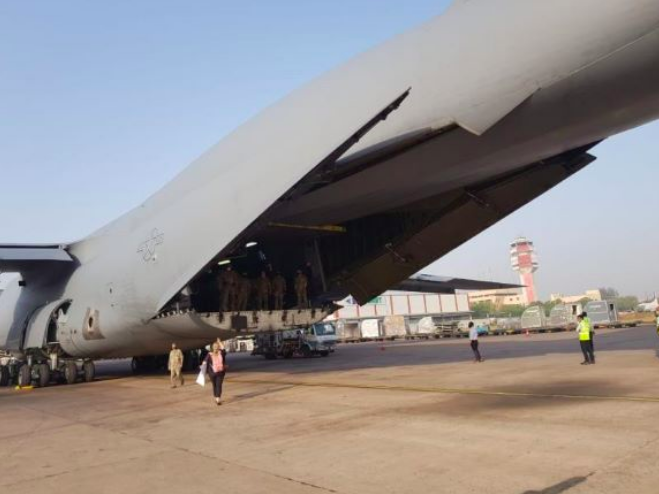 The Eastern Naval Command (ENC) will operate and maintain oxygen plants in all government and teaching hospitals across Andhra Pradesh.

The decision was taken at a meeting the state government’s representative M.T. Krishna Babu had with the Flag Officer Commanding-in-Chief (FOC-in-C) of Eastern Naval Command and the Chief Managing Director of Vizag Steel Plant on supply, storage and maintenance of oxygen in the state, here on Saturday.

The ENC will take the responsibility of fixing leakages in oxygen plants, monitoring the condition of the plants and chalking out the precautions to be taken there. Four special teams have beenn formed and each team will be in-charge of three to four districts.

Arrangements are being made to airlift these teams to the required locations if necessary. These teams will fix the problems in the supply of oxygen besides solving other issues, an official release said.

The Navy has agreed to extend support to the state government in rectifying the technical errors in the oxygen plants. It agreed to transport 25 cryogenic oxygen cylinders, which are coming to the state from Singapore, Thailand and Malaysia.

The Navy officials have approved to provide special vehicles for transportation of liquid medical oxygen containers for regular use and also to supply oxygen concentrators, D-type oxygen cylinders and other medical equipment required for Covid treatment.

Officials of Eastern Naval Command have agreed to allot 10 oxygen beds along with 60 normal beds for Covid treatment at the INS Kalinga hospital.

They have also agreed to develop infrastructure for an 150-bed temporary Covid hospital in Kancherapalem in Vishakapatnam district and requested the district administration to make arrangements for the required doctors and medical staff. The Navy has come forward to donate 200 D-type cylinders.

Meanwhile, Vizag Steel Plant (VSP) officials informed the state government that only 100 tonnes of MLO is being produced in two units, which have the capacity of producing 850 tonnes.

VSP also agreed to set up a 50-bed hospital with oxygen facility for Covid treatment at Gurajada Kalakshetram in Vishakapatnam. The Chief Managing Director of Vizag Steel Plant has said that an additional 150 beds will be arranged in that hospital by May 15.

The officials of Eastern Naval Command and Vizag Steel Plant also thanked the state government for providing 4,000 doses of Covid vaccine to the staff and their family members.

The C-17 aircraft of Indian Air Force have conducted 400 sorties from within the country, including 351 to airlift 252 oxygen tankers of a total capacity of 4,904 Metric Tonnes (MT), till Friday.

Both the Air Force and the Indian Navy have intensified their efforts to aid the civil administration in tackling the grim Covid situation in the country by ferrying oxygen containers and medical equipment.

The containers and cylinders were procured from Singapore, Dubai, Bangkok, the UK, Germany, Belgium and Australia. In addition, the C-17 and IL-76 aircraft have been tasked to airlift cryogenic oxygen containers, oxygen generators and ventilators from Israel and Singapore.

Loading of oxygen containers and other medical supplies has also been planned on INS Tarkash, INS Shardul and INS Jalashwa from Doha, Kuwait and Muara, and Brunei, respectively, in the coming days.

Nine warships have been deployed for Operation Samudra Setu II to strengthen India’s fight against the second wave of the pandemic.

While one has already delivered oxygen at New Mangalore, five others are homeward bound and will reach between the country between May 9 and May 11.