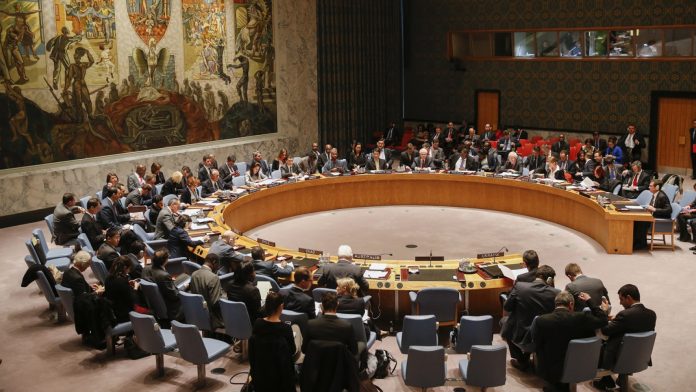 The government on Friday reiterated that India should be included in the United Nations Security Council (UNSC) if the international body wants to be seen as a credible global leader.

In his statement at the high-level meeting of the UNSC on ‘Maintenance of international peace and security: upholding multilateralism and the United Nations-centered international system’, Foreign Secretary Harsh Shringla said, “At the core of India’s call for reformed multilateralism, lies the reform of the UN Security Council, reflective of the contemporary realities of today.”

When power structures continue to reflect the status quo of a bygone era, they also start reflecting a lack of appreciation of contemporary geopolitical realities, he said.

“Multilateral institutions must be made more accountable to their membership, they must be open and welcoming to a diversity of viewpoints and cognisant of new voices,” Shringla added.

“The Council must be made more representative of developing countries if it is to continue to engender trust and confidence in its ability to provide leadership to the entire world. It can deliver effective solutions only if it gives a voice to the voiceless rather than zealously guarding the status quo of the mighty,” he added.

Several contemporary global challenges have come to the fore such as terrorism, radicalism, pandemics, climate change, threats from new and emerging technologies, growing asymmetric threats, disruptive role of non-state actors and the intensifying geopolitical competition, all of which call for a robust multilateral response, he said.

While the UN has addressed most of these issues somewhat partially and intermittently, our collective effort has nonetheless fallen short in providing effective and enduring solutions, particularly due to the infirmities within the multilateral system.

The year 2021, Shringla said, is a watershed moment in the history of the world, providing a timely opportunity to reflect on the effectiveness of the UN in achieving the goals and objectives that its founders had set out 75 years ago.

“The multitude of challenges of today’s dynamic and interdependent world cannot be addressed with outdated systems that were designed to deal with the challenges of the past,” he said.

The Covid-19 pandemic has sharpened our awareness of the depth of global interdependence, and on the fact that the world is only as resilient as the least resilient country, the Foreign Secretary said.

The events of the past year have clearly demonstrated how imperative it is for all countries to coordinate responses to the various challenges that the pandemic has brought to the fore.

Shringla said it is the lack of a coordinated global response that has exposed the vulnerabilities and weaknesses of the multilateral system as it stands today, providing a timely reminder for the pressing need for comprehensive reform.

While the pandemic exposed the fault lines from unreliable global supply chains to inequitable vaccine distribution, it has also underlined the need for global solidarity and strengthened multilateralism.

The re-imagined post-pandemic world will make profoundly different demands from the multilateral system, which must evolve accordingly so as to be fit for purpose and capable of inspiring confidence in its ability to effectively meet those demands, he said.

“The narrow representation and privileges of a few in the primary decision-making organ of the UN poses a serious challenge to its credibility and effectiveness,” Shringla added.

The Foreign Secretary also said that India believes that a renewal of vows towards a reformed UN-centered multilateral system will require genuine efforts on behalf of all member states.

For its part, India has always sought to strengthen the forces of cooperative multilateralism, he added.