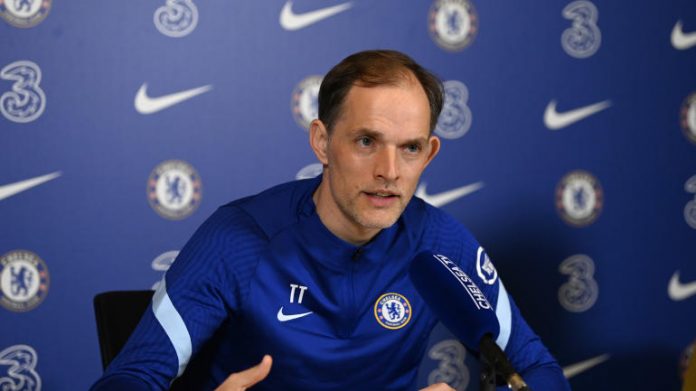 Kai Havertz scored the only goal in the 42nd minute at Estadio do Dragao, as Chelsea sealed a deserved triumph over the lacklustre Premier League champions.

Tuchel joined Chelsea with the Blues at a low ebb in January after Frank Lampard’s sacking, but he has overseen a remarkable turnaround, including a run to the final that saw off Porto, Atletico Madrid and Real Madrid, reports DPA.

The former Borussia Dortmund boss only signed an 18-month contract at Stamford Bridge shortly after being sacked by Paris Saint-Germain.

When discussing his first meeting with Abramovich on the pitch after the match, Tuchel hinted a clause to extend his deal might have been triggered by Chelsea’s second European title.

“I’m not 100 per cent sure, but maybe I have already a new contract with that win. My manager [agent] said something about it – let’s check this first,” he said.

“I spoke to the owner right now on the pitch; it was the best moment for a first meeting. Or maybe the worst, because from now on it can only get worse!

“We will speak tomorrow and I’m looking forward to this. I can assure him that I will stay hungry and want the next title.

“I feel really happy as part of a really ambitious club, part of a strong group that suits my beliefs and passion about football in this moment perfectly.

“My desire is to go for more victories, to grow as a coach and to push the squad on the first day of next season to the limit. We have work to do, we have to close the gap and this is what it’s all about. He (Abramovich) knows what’s going on for me directly and it’s nice to meet him.”

Tuchel’s refusal to bask in success and train his eyes on the next challenge was particularly notable and a mantra to which he kept returning.

Chelsea have now beaten City three times in succession since mid-April and, despite their fourth-placed finish this season, are likely to be seen as key contenders to Pep Guardiola and his side’s domestic crown next time around.

“It’s about the next one, honestly,” he said. “I experienced it in a lower level with my first title in professional football and I was not surprised, it was even a nice feeling that it did not do too much to me.

“When we won the cup in Dortmund I did not arrive in the next training with less hunger, less desire or less ambition. Now is the time to celebrate for some days, to enjoy and to let it sink in. Of course this is the time now for one or two weeks, to talk about it and reflect on it, but then it does surprisingly not a lot to you.

“Nobody wants to rest, I don’t want to rest. I want the next success, the next title, the next process on the same level of quality and consistency. “I want to be a part of it and I demand to be a part of it. This is what comes next, make no mistake about it.”