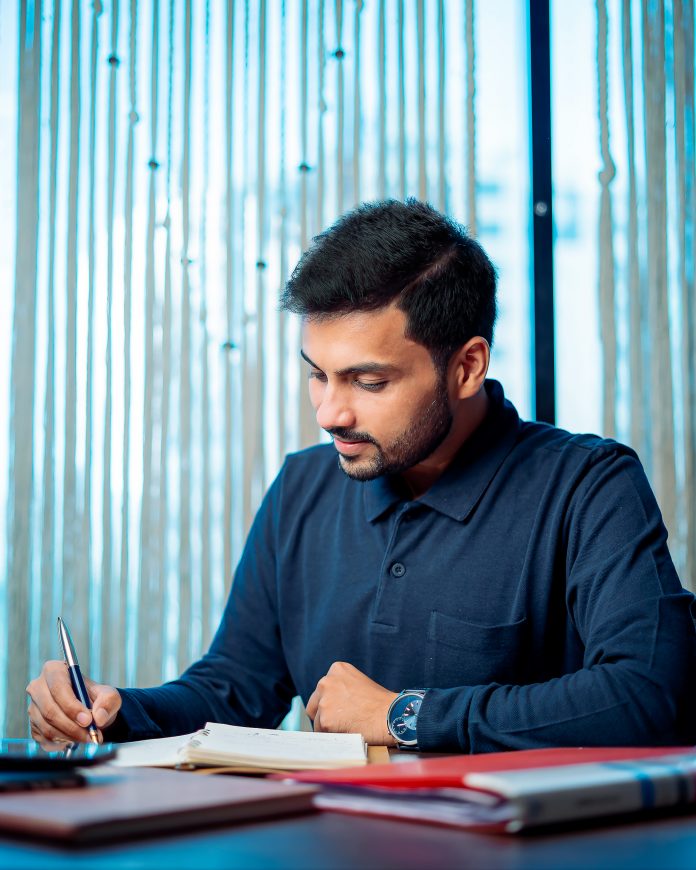 The young and ambitious man behind the company, Tradizon opens up on how he got his motivation to start his journey from Philip Kotler and he has now become an inspiration for thousands.

‘‘If you want to be an entrepreneur, it’s not a job, it’s a lifestyle. It defines you. Forget about vacations, about going home at 6pm, your whole life would revolve around building your empire. And it’s the most rewarding thing in the world as it is yours’’.

Before Kshitiz Adukia started his entrepreneurship journey, he would give very little focus on his dream. It was more of a side-gig to him and his main-gig would revolve around partying and chilling with his friends. After being put in an ultimatum to either follow his father’s business or keep going on with his entrepreneurship dream, he chose the latter. By this time, Adukia realized the amount of hard work and dedication that would be needed to succeed in this and changed his entire lifestyle for it. He would be consistent and didn’t give up no matter how difficult it seemed. Anytime he would feel overwhelmed, Adukia would tell himself a quote of Philip Kotlar, the marketing guru Kshitiz looked up to, “if we do not change our direction, we are likely to end up where we are headed”. He kept coming up with new ideas, formulating plans, and with that, launched three ventures. However, these startups did not seem futuristic to him so he gave them up and worked on starting another business altogether.

After a month of rigorous hard work, Adukia succeeded and came up with Tradizon, a business consultancy firm that is now one of the leading firms in the world. He has assisted over 100+ entrepreneurs with new startup ideas, sales and profits. The talented entrepreneur is also an accomplished content creator, strategist, tradesman, investor and brand-builder. He also excels in the genres of business, self-development, and motivation and has insightful views on the same.

This talented man was one of the youngest in the field of entrepreneurship and didn’t let that get to him from testing his waters in different ideas for startups. He was never afraid of a challenge and always had an ambitious outlook towards life. His sincere dedication and hard work had helped his clients to become the talk of the nation.

Before launching Tradizon, Adukia did his homework to see if there was a need for the niche enterprise he was contemplating. An entrepreneur by trade, he did an extensive and detailed research and spoke to his family and friends about his idea. Having launched three businesses in the past, he had gained experience and learned from his mistakes that he could avoid when he decided to launch his business consultant firm.

The main motive of Kshitiz Adukia is to make a difference. He aims to learn new things from his work and the world every day and to help motivate and influence people to reach their goals, as he did his. He wants to make people understand his thoughts and perspective of life through sacred talks and informative facts within the space of business, self-development, life skills, and motivation. And that is exactly what he has started doing with his new segment of ‘’29 seconds with Kshitiz’’. He only had one goal for this, to change mindsets and make people aware of various current affairs, and using his personal experiences to preach on self-development and valuable life-skills.

‘‘You can do anything you want with your life, it just depends on how much you want it’’, said Kshitiz.