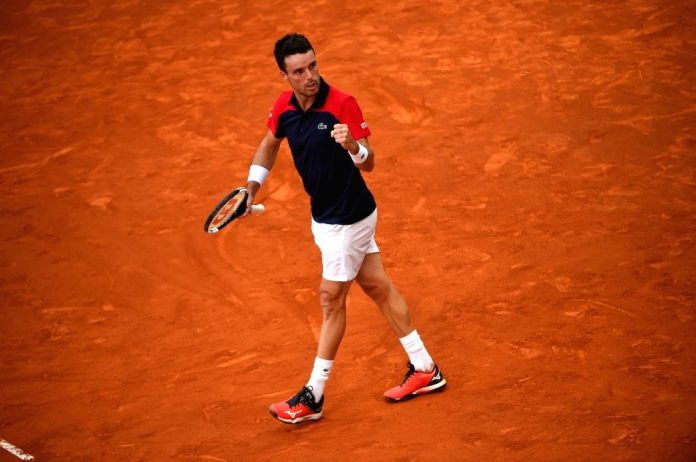 British No.1 Dan Evans’s search for a maiden French Open title will continue after he went down to 21-year-old Serbian Miomir Kecmanovic 1-6, 6-3, 6-3, 6-4 in the first round of the championship on Sunday.

This was the 27th ranked player’s fourth time in Roland Garros main draw and he is yet to make it through to round two.

Clay has always been Evans’s weakest surface. But expectations were raised by his success on clay this season, including a stunning victory over world No.1 Novak Djokovic on his way to the semi-finals of the Monte Carlo Masters.

At 46th, Kecmanovic was one of the higher ranked players Evans could have faced, although the young Serbian came into the tournament on a four-match losing streak.

Evans could not have made a better start, as he raced to a 5-0 lead and easily took the first set.

But Kecmanovic raised his level significantly at the start of the second as he came to grips with his opponent’s game, and Evans was unable to respond.

Evans upped his aggression in the third set to try to regain some control but with it came a host of errors.

The defeat extends Evans’s disappointing sequence of results at Grand Slam tournaments. Although he has played arguably the best tennis of his career in 2020 and 2021, he has won just two matches in five major tournaments.