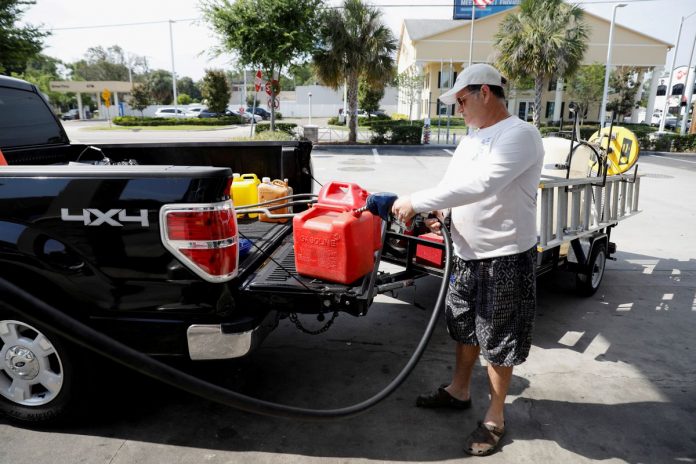 In Tampa, Florida, a third of the city’s gas stations were out of fuel on Thursday. In Miami, outages stood at nearly 40% and growing as residents rapidly filled up their tanks in response to a temporary shutdown of the Colonial Pipeline.

The outages would make sense if the largest U.S. gasoline pipeline, which shut for six days after a cyberattack, served those cities. But it does not.

Even as Colonial has begun to restart pipeline operations, panic buying of gasoline in the days following the outage has led to fuel hoarding and skirmishes at the pump even in regions far from the pipeline. One of those regions – South Florida – is seeing the worst outages among areas not directly impacted by the line closure.

“If you want a perfect case for where hoarding has made the situation what it is, that’s southern Florida,” said Patrick De Haan, head of petroleum analysis at GasBuddy. “They should not be having any issues at all – they get gasoline from a barge.”

Statewide, about a third of gas stations are out of product, according to GasBuddy. Northern parts of Florida, including Tallahassee, Gainesville and Pensacola, are served by the Colonial Pipeline, which runs from Texas to the U.S. Northeast and passes north of the state’s borders.

South of that, gasoline is delivered primarily on vessels by sea. Yet some of the southern cities have more stations out of gasoline than those in the north.

“The Colonial Pipeline supplies parts of Florida, but we are seeing runs on product well south of there,” Jeff Lenard, with the National Association of Convenience Stores, said on a call this week.

Across areas affected by the outage, Lenard said, fuel demand has multiplied in the past few days from the daily average of about 5,300 gallons per station at convenience stores, where U.S. drivers purchase more than 80% of their gasoline.

As of Thursday, 27% of the city of Tampa’s fuel stations ran dry, according to GasBuddy data. In Miami, the southern tip of the state, drivers kept fueling up even after an announcement late Wednesday that the pipeline would begin to resume operations.

Outages have climbed from 2% in Miami at noon on Wednesday to 38% Thursday morning, according to GasBuddy, as drivers filled up their tanks, containers and even plastic bags to store fuel supplies.

“Every gas station I passed on the way home from work was packed to the gills, all pumps occupied with cars waiting behind them in lines – bizarre,” said Don Bryan, a Fort Lauderdale resident who has a 20 minute daily commute through Pompano Beach into Deerfield Beach.

The only stations without long lines were the ones that had already run out of gas, he added.