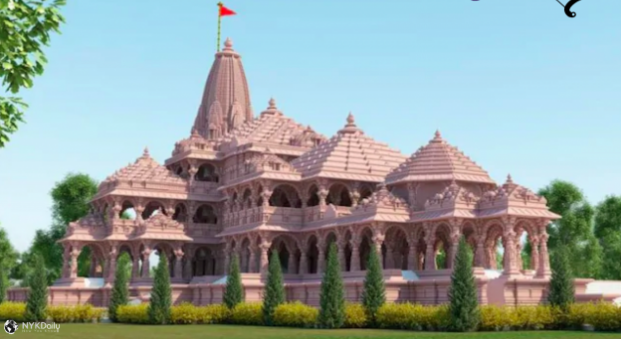 In Indian culture, everything and everyone is equally considered worthy of profuse reverence, affection, and acceptance. However, now the civilization that proudly teaches that the whole world is family is currently being attacked and labeled communal. Hinduism has become a convenient platform for making careers as professional activists for an impressive lobby known as liberals.

Unfortunately, we live in a country where the majority is derisively muzzled so that minorities can vociferate. The majority is advised to be reticent to give a voice to the so-called oppressed minority. The majority shouldn’t stand to defend itself if minority attacks or the idea of secular India will be sabotaged. As former reticent Prime Minister of India Mr. Man Mohan Singh said about resources, now it is apparent that Freedom of speech is only for minority and the liberal lobby, which is made up of hypocrisy and unbridled hatred for the majority. This is emblematic of umpteen religious conflicts in society.

On 11 August 2020, a mere caricature of Prophet Muhammad with his wife Aisha with a toy allegedly shared by a congress Dalit MLA sparked violence in the tech city. Amidst the tumultuous Islamic slogans, The Muslim Mob torched vehicles and cordoned off the area, and set the house of MLA on fire, attacking Hindu Temples. Ironically it all happened just after a post on Facebook which caused such horrible violence in Bangalore; it’s unimaginable what would happen if someone dared to say something as despicable about Prophet as liberals and other so-called atheist stand up comedians comfortably mock Hindu deities and surprisingly, they face no violent action or threats at all. There is ostensibly a sense of complete security residing in their minds which prods them to abuse and deride Hinduism. They are confident that nothing, even after making the snide comments on Hindu Gods, can possibly spark any kind of ire in Hindus. Even if someone musters his/her courage to fight back, they label them communal and begin to deplore Freedom of speech which they think only they are entitled to, or that person is eliminated permanently like Kamlesh Tiwari.

From comedians to Bollywood celebrities and self-claimed secular political parties, Hinduism has become an opportunity for them to showcase their activism. They eagerly wait for the Hindu festivals to use them for their propaganda. Some brazenly blame Diwali for air pollution, some lecture Hindus on Holi. Ever wondered why these people do such things? The answer is, now it has become a new craze. If someone, especially Hindus, makes fun of their religion, is mollycoddled by this liberal lobby which itself survives on alms they get from other political parties or religious organizations, but somehow they manage to afford to pamper the fledgling minds of students in universities where communism is deep-rooted.

They write derogatory articles on Durga dauntlessly, for they are assured that Hindus’ tolerance can make them digest any poison of hatred. The type of tolerance that doesn’t exist in other religions anymore.

Moreover, since 2014, India has turned into a dais for liberals, which they use to protest against the govt which they are acquainted with all the time. In CAA protests, they deliberately used placards of ‘Fuck Hindutva,’ which hardly has anything to do with CAA. They never let any opportunity go in vain to smear Hindutva with hatred. For they understand, Hinduism can remain silent, but Hindutva is defiant enough to retort them and fight back with the same intensity. They are afraid of Hindutva as their intentions of appeasing minorities are thwarted by the woke Hindus who adhere to Hindutva. A feminist on Instagram posted a derogatory drawing of a woman covering shivling with a condom. After an outrage on social media, eventually, she apologized disdainfully, and all the rage died down in a trice.

What is more perplexing is how cunningly, After any Furore in any state, liberal lobby rummages through dead bodies and debris of dismantled Hindu temples, they intend to find a Muslim hero. They regale each other with such tales of figments which they weave to whitewash the violence. Just after the Bangalore riot, a couple of hours later, they came up with news of a human chain made by Muslims around a Hindu temple purporting as if they were going to protect the temple which the Muslim Mob was attacking. The video was instantly shared by the entire lobby and political parties on all social media, exaggerating the affability of the mob. But when people questioned them who were Muslims protecting the temple from? The propaganda was busted. Surprisingly, Hindus clapped for this farce.

The unbridled hatred against Hindus is spreading faster than air pollution in Delhi. People behave maniacally if they see someone supporting BJP; they call him names and vilify him as if supporting BJP, and being proud Hindu is a threat to secularism and democracy. A Hindu wearing a Tilak on his forehead is making the minority quiver with fear; an unapologetic Hindu who doesn’t feel ashamed about being a Hindu is a threat to secularism. On top of that, a Hindu chanting JAI SHRI RAM is a terrorist for some radical Islamic authors who are now congress leaders. Worshipping Gods and celebrating festivals blithely makes Hindus communal. Retorting to the sophistry of liberals makes them Bhakt. Secularism They intentionally attempt to make youngsters feel ashamed of being a nationalist, a bhakt, and a right-winger. They want to besmirch this word BHAKT. These pseudo seculars are too vengeful and hateful to see harmony in this country. Their intentions are crystal clear, which can be seen whenever violence occurs in the country, Wiping the majority out.

What should bother everyone is why they are besmirching Hinduism so comfortably? Is this because we are happy being tolerant, or standing for ourselves has become obstinate nowadays? Does tolerance for others mean letting them abuse us and twirl in delight to mock dharma? On all social media, objectionable caricatures of Hindus Gods are posted. Under their rules and regulations, it doesn’t violate any rules. However, posting a quote from Quran can get anyone blocked in a jiffy. Tolerance against these heinous attempts is smothering Hinduism. Ironically those who believe that flat is flat question why Hindus worship trees. Nowadays, the trend to look cool is crossing all limits, any sot, the hobo isn’t shy away from demeaning Hinduism, even those who hit Satan with stones and believe they maim him and also those who think drinking holy water can convert someone easily.

Tolerance has its limit; if standing against attacks makes Hindus communal, it’s unequivocally fine. Smashing the audacity of liberals who vilify Hindus is the need of the time. For the onus is on Hindus to live proudly. The bewildering belief has been created by liberalism which makes people think secularism is just for Hindus. Hindus are cunningly beguiled to organize Namaz in Durga pandals to robust the religious rapport and lecture on why their chanting JAI SHRI RAM. On the contrary, Hinduism is continuously blamed and mocked by so-called comedians and celebs for making money out of derogatory japes. Moreover, Mosques and churches never organized a Durga Puja. And the irony giggles when they lecture on secularism. It is said that Freedom of speech is everyone’s right in this democracy. Therefore, It is undoubtedly not limited to a few people and community. To maintain harmony in society doesn’t mean letting someone yell at you unnecessarily and continuously out of agony and hatred. A hatred that resides in their hearts can’t be scoured with tolerance. It certainly requires a riposte. Or in coming years, Hindus will be blamed for everything, even being Hindu will be communal in this secular country.