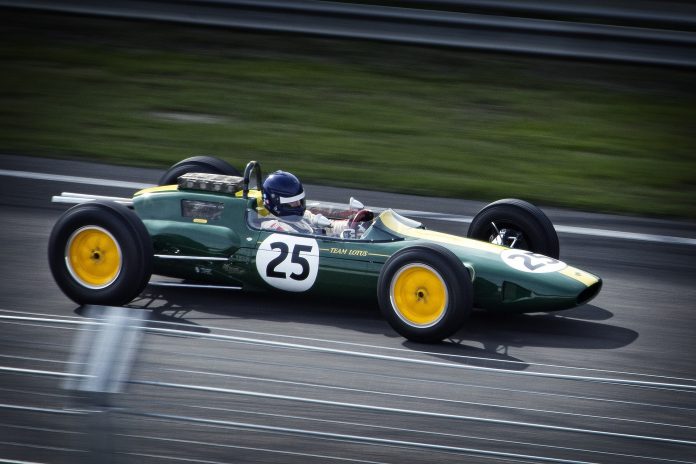 There has been an ongoing debate on why should there be such a high investment in sports like formula 1 and formula e which are considered just to be a bunch of cars driving around a track. People forget to realize that a major chunk of innovations in today’s cars date back to formula 1 innovations.

Several innovations that are considered as standard features for today’s vehicles such as disc brakes and traction control date back to the later stages of the 1900s where f1 introduced these innovations in their vehicles to improve performance and safety.

Keeping history aside, we have seen many safety innovations such as the monocoque design in cars which make the tub of the vehicle one big entity ensuring safety for the driver and it is said to have saved several lives during road accidents.

Carbon fiber is considered to be one of the most tolerant materials and is being used by every team on the grid since the 1980s and this has resulted in widespread adoption of the material where we can find some aircraft making it a part of their design.

F1 has not considered going all-electric and has stuck to hybrid vehicles as there are many factors such as the batteries not being able to handle such high speeds and range being another issue, therefore, sticking to their hybrid powertrain. The present F1 powertrain includes a combination of a V6 engine and a motor and is considered the most sophisticated powertrain solution in the world. This hybrid technology is being implemented at a smaller scale in cars and has seen a significant boost in the mileage of the vehicle.

There are many different categories such as formula e and extreme e that are focusing on electric vehicles and have made a lot of major innovations to make technology more efficient which has helped battery technology immensely. The fact that a huge number of vehicle manufacturers own formula e teams shows how much they believe electric cars are the future and using the data from their teams they can implement it in their road car division.

Motorsports, in general, knows its impact on the environment and wants to bring a change in its operations, they plan to go carbon-free by 2030. This carbon neutrality goal cannot be achieved without implementing some major changes in sports and how it functions. Sports like formula 1 will have to make a huge switch from their core technologies as since the inception of the sport they’ve used petrol as a source of energy in one form or the other. There still exists a huge number of issues with battery-powered vehicles and their focus will be on the introduction of biofuels in the sport.

This could play a pivotal role in the future of motor vehicles as f1 has always had an impact on the design and functioning of streetcars. This fuel will have to be carbon-free and will have to be easily available to mass-produce. This will not only play a crucial role in the automobile industry but also be an important step in reducing our dependency on petroleum in the generation of power as it is believed that petroleum produces 38% of the words electricity which happens to be an alarming number. Other industries like the airline industry have always struggled to go electric due to the weight of the batteries and this alternate fuel source would be ideal for such an industry as well as a lot of the design depend on burning off the excess fuel to land the airplanes.

Competitions such as the World Endurance Championship (WEC) and Formula 1 are the perfect testing grounds for new technologies and have always justified the investment. The only issue that we face right now is that there is a major focus on making the sport more entertaining and competitive. Thus, there have been a huge number of restrictions on the design and have hampered innovations to a certain degree. This focus towards making the sport entertaining is a great sign for the fans but could affect the core belief of formula 1 – its innovations.