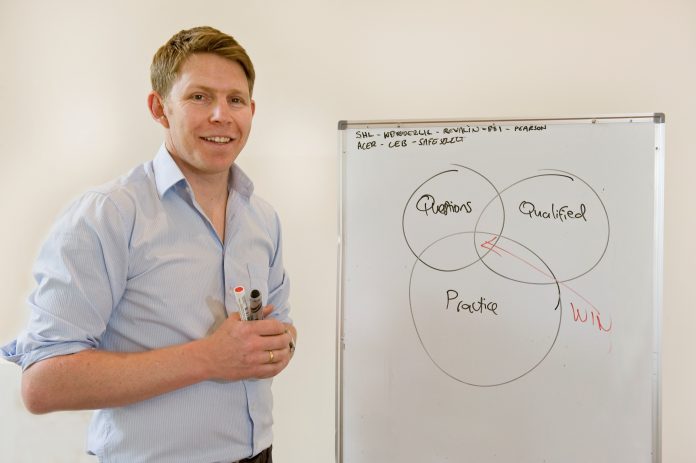 Most people limit this particular success to profit-making and self-interest, while others think about it in a multi-dimensional way. Their idea of entrepreneurship does not focus on profits solely. Rather, it aims to address the ‘value of entrepreneurship’ through its vision and mission. Such entrepreneurs adapt to new ways bringing about a positive change in society through innovative products and services.

In today’s world, where most entrepreneurs focus on corporate, start-up IT ventures, or the banking sector, only a few think about adapting new ways to redefine the meaning of entrepreneurship to serve humanity. Brent Clayton, a fire service recruitment expert, reflects a mindset that aims to serve people around him through his diverse business adaptation called “Fire Recruitment Australia.”

Every business demands an ample amount of effort. The executive must work hard by putting their heart and soul into achieving the desired goals. Brent Clayton, born on March 03, 1984, is a prime example of an entrepreneur who has shaped himself into an influential personality for the world, simultaneously addressing the restlessness of his mission.

Clayton understands the importance of human life and community connectedness. This understanding made him relentless where he wished to serve humanity in his unique way. As ‘actions speak louder than words,’ Clayton wanted to inspire people with his work rather than words. This clear vision enabled him to earn a Diploma in Public Safety. While pursuing his career in ‘public safety’ and ‘emergency management,’ Clayton started consolidating ideas that would help him establish a cutting-edge practical and academic knowledge base into the future. He pursued a master’s degree in 2021 from The University of Melbourne to further his academic knowledge.

Clayton’s unshakable character pushed him to search for true meaning in life. As time passed, Clayton quickly rose through the ranks as a professional firefighter. It gave him a kick-start for his business idea, which was established into a proper venture after a decade of service. Before his time in the fire service, Clayton worked in the military for a few years and a brief period working within corrections as a prison Prison Guard. It was an achievement for him as Clayton was the youngest person to ever be employed in the respective role. Gaining these roles he realised he had a natural affinity and understanding of recruitment processes and how to become an extremely competitive applicant in any environment.

Putting Heart and Soul into His Business Venture

After spending over a decade working in 3 of Australia’s most prominent fire services and the recruitment space, he acquired sufficient experience to become Australia’s leading fire service recruitment expert. Clayton devoted a major part of his life to the firefighter recruitment process and the fire service industry. He soon felt the need to help people understand the genuine worth of this profession. To impart his point of view, Clayton set up Fire Recruitment Australia in 2009. He planned to work for the future and prepare people for what’s to come so they could follow his path in becoming professional firefighters. It laid a foundation for the entrepreneur’s vision. There was still something missing from the framework; a constant question of adding value to the business. Clayton knew that he would figure out a way to address the element of ‘value,’ and so he did.

Clayton utilized his experience and more than a decade of hands-on, in the trenches coaching and instructing to get people careers with fire services that had the grit and determination it can require to become a pillar of society.

Clayton[BC1]  stated, “the confidence of aspiring firefighters can disintegrate when they are dismissed during the firefighter recruitment process”.

When individuals apply to an inherently competitive role, the lack of proper knowledge and training will almost always lead them to failure.  With this in mind, Clayton began guiding people to understand the recruitment process and capitalize on their strengths, so for those determined to commit themselves to achieve this rewarding profession, there was now a way forward. He set out to ensure that any committed applicant entering the ever-dynamic recruitment process would be confident and equipped with all the knowledge and skills needed to get selected in a firefighter recruitment and selection process. To further address the concern, Clayton published the book Fire Service Recruitment – The Process to Success. His thought was to solidify his learnings into a short-medium, so others would not have to squander years thinking about what to do when applying for a firefighter position. The book received wide-scale appreciation and sold thousands of copies.

After the book’s success, Clayton set out to give applicants a complete firefighter recruitment test readiness and learning suite to progress through each phase of the selection process. This platform helped him, his team, and his candidates work together to develop themselves and get the positions as professional firefighters, ultimately making a safer society with well-prepared dedicated people holding these important positions in our community. Clayton’s training permitted him to distinguish the candidate’s strengths, attributes & qualities and help further groom their skills for the highly competitive process.

Thinking beyond The Vase

Clayton kept working towards his aim to train people through an efficient, influential & engaging platform. He noticed a significant gap in the market where competitors weren’t offering specific enough advice to help. In most cases, he says the stuff out there was almost detrimental.

He planned the program to focus on fire services in Australia and New Zealand to laser-focus the products and services to be as effective as possible.

Clayton understood that many thousands of individuals are keen on serving humanity through fire brigade service but to be selected. You need proper guidance and relevant resources, if there is any chance at all.

He, at that point, chose to interview, collaborate & hire the best minds in the fire service recruitment industry as well as experienced recruits from around Australia to test his theories, products, and services to ensure they were robust and effective.

Clayton was able to identify the key elements that would add value to his entrepreneurial venture – spreading awareness about the importance of having the best firefighters and coaching candidates to pass the rigorous processes and serve humanity through service in the fire brigades.

Clayton made it his aim to encourage youth to consider firefighting as a profession. After a long struggle, many hundreds of hours of hard work & various tech contracts, Clayton established web-based learning, testing & improvement platform to facilitate all these ideas in one place. Today, with his understanding, experience, and multi-dimensional way of thinking, Clayton has established a business that helps people, fire services, and the community. He educates them on firefighting, service to the community, and why it is essential to understand the significance of a career like firefighting in today’s world. Clayton’s diverse adaptation of establishing a business that helps save people’s lives has made him an influential personality who has defined the true meaning of bringing meaning to his life by being a role model. His business is not about profit-generating but an example of valuable entrepreneurship with the combination of a viable business and service to the community in one offering.