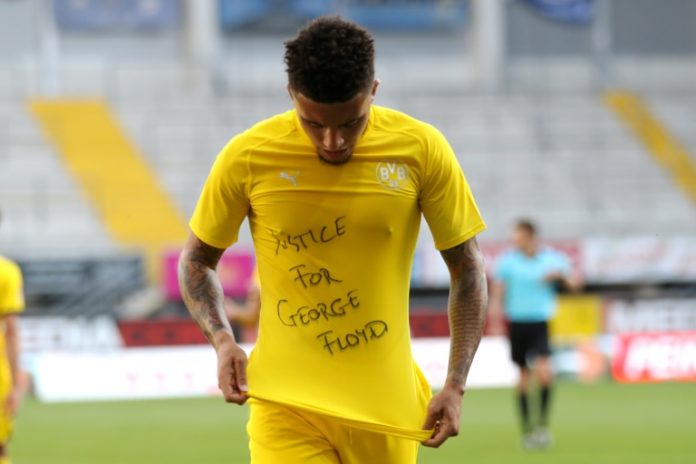 Bayern Munich were confirmed as German champions for the 31st time on Saturday and extended their record run of consecutive Bundesliga titles to nine after RB Leipzig lost 3-2 at Borussia Dortmund.

Bayern coach Hansi Flick, leaving at the end of the campaign after winning seven trophies, said, “Of course we have celebrated a little. It has been great to coach this team for two seasons. We have a team with enormous quality.”

Jadon Sancho scored twice, including a late winner which not only sealed the title for rivals Bayern but also boosted Dortmund’s Champions League hopes as they moved up to fourth – two points ahead of Eintracht Frankfurt who host Mainz on Sunday.

Third-placed Wolfsburg look well set to achieve their European dream after a 3-0 win over Union Berlin. Werder Bremen, who had lost seven straight in the league, drew 0-0 with sixth-placed Bayer Leverkusen and Hoffenheim beat relegated Schalke 4-2 having been 2-0 down.

Dortmund, without the injured Erling Haaland, thought they should have had a penalty for Kevin Kampl’s handball just before the break but appeals were waved away.

Sancho then made it 2-0 early in the second period when he fired home amid lax Leipzig defending.

Lukas Klostermann headed in a corner to reduce the deficit and out of nowhere it was suddenly 2-2 on 77 minutes through Leipzig’s Dani Olmo.

But Sancho was on fire and won it for Dortmund after another superb move on 87 minutes.