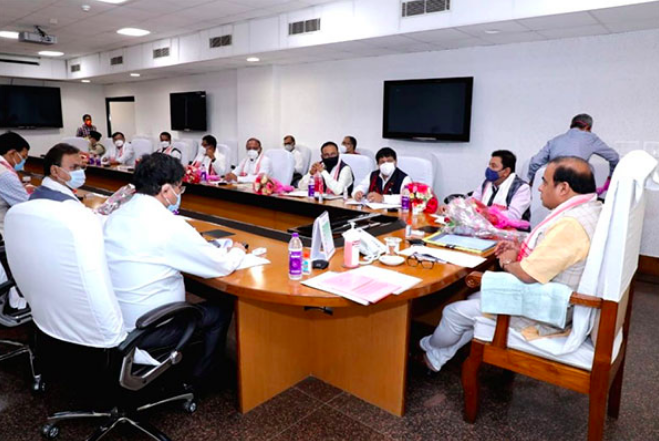 The BJP government in Assam on Wednesday constituted a new Bodoland Department for the all-round and speedy development of the tribal-dominated Bodoland Territorial Region (BTR) in western Assam, officials said.

An official said that the Assam cabinet — in its meeting chaired by Chief Minister Himanta Biswa Sarma — has constituted the separate Bodoland Department for all-round and speedy development of the BTR, comprising the four districts of Kokrajhar, Chirang, Baksa and Udalguri.

The official said that the various aspects of the Bodoland, bordering Bhutan and West Bengal, were until now looked after by the Welfare of Plain Tribes and Backward Classes Department.

After the signing of the Bodo peace accord with the Central government on January 27, 2020 in New Delhi in the presence of Union Home Minister Amit Shah, terror activities have largely been tamed in the BTR.

In all, 1,615 cadres of four factions of the National Democratic Front of Bodoland (NDFB) had laid down their huge cache of arms and ammunition on January 30 last year after the signing of the accord. The creation of the Bodoland Department was a part of the commitments in the Bodo peace accord.

According to the official, Wednesday’s meeting of the council of ministers has also decided to set up the Bodoland Administrative Staff College at Kokrajhar and it would start functioning soon.

In the March-April assembly elections, out of the 12 seats in the BTR, the Bharatiya Janata Party and its new ally United People’s Party Liberal (UPPL) had secured two and six seats respectively while the Bodoland People’s Front (BPF) bagged four seats.