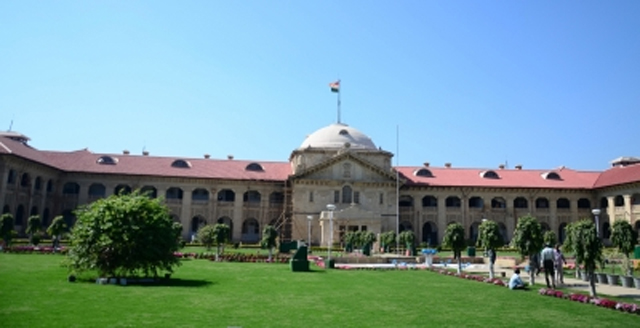 Weeks after delivering harsh observation on the Yogi Adityanath government’s approach towards the Covid management in the state, the Allahabad High Court has now expressed satisfaction at the way the administration has handled the challenges to better facilities.

The court on Thursday appreciated that work has been done with regard to the improvement of medical infrastructure in the districts of Bahraich, Shravasti, Bijnor, Barabanki and Jaunpur.

It also directed the state government to add Bhadohi, Ghazipur, Ballia, Deoria and Shamli to the list of enhancement of similar facilities.

A division bench comprising Justice Siddhartha Varma and Justice Ajit Kumar observed: “We have perused the report and do appreciate that some work has been done with regard to the improvement of medical infrastructure and hope that similar efforts will be made in respect of other districts as well.”

The court said that “By the next date, the state government may further give a report with regard to the improvement of medical infrastructures in Bhadohi, Ghazipur, Ballia, Deoria and Shamli.”

The court was hearing a public interest litigation (PIL) relating to Covid-19 care in the state.

In its order, the court also mentioned that satisfactory work has been done for the capping of fee for diagnostics in the state.

During the course of the hearing, a report was also submitted by the committee, which was required to enquire into the treatment of late Justice V.K. Srivastava, a sitting judge of Lucknow bench of Allahabad High Court, who had died due to Covid.

While directing to keep the report on record, the court added that it would be looked into on the next date and directed to list this PIL in the week, commencing June 7.

The court also directed the central government to come up with a stand with regard to vaccination of the physically challenged, who find it difficult to approach the vaccination centres.

The court passed this order after the state government, in its affidavit dated May 11, 2021, took a stand that it would adopt the guidelines of the Central government with regard to the vaccination of physically challenged persons.