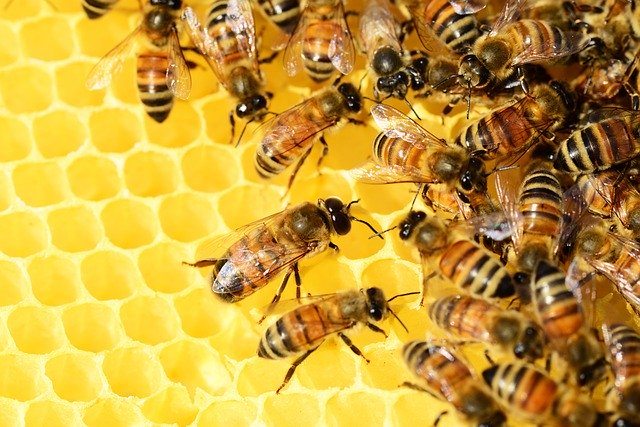 Hollywood actress Angelina Jolie’s recent pictures in which she has posed with her body covered with honeybees have gone viral.

Shot by legendary photographer Dan Winters, Jolie managed to spend 18 minutes with 60,000 bees covering her body and face, without wearing any kind of protective suit. The photoshoot, in collaboration with ‘National Geographic’, was done with an aim to promote bee conversation on World Bee Day (May 20) and encourage women to become beekeepers. It also aimed to recreate the iconic 1981 Richard Avedon portrait “The Beekeeper”.

Jolie has been designated as the ‘Godmother’ for Women for Bees by UNESCO and Guerlain to train and support female beekeeper-entrepreneurs around the world. The initiative intends to “build 2,500 beehives and restock 125 million bees by 2025—while training and supporting 50 women beekeepers”, informed a social media post by the magazine.

Winters, who himself is a beekeeper, revealed in the post: “When I was given the assignment to work with Angelina, my main concern was safety. Shooting during the pandemic, with a full crew and live bees, made the execution complex. And I knew the only way to ensure we achieved the desired effect for the photo was to use the same technique that Richard Avedon used 40 years ago to create his iconic beekeeper portrait. I hired my friend Konrad Bouffard, a master beekeeper, to help. He contacted the entomologist who formulated a special pheromone (known as queen mandibular pheromone, or QMP) for Avedon and worked with him to capture the image of beekeeper Ronald Fisher, which appeared in his book “The American West.” The entomologist offered to let us use the actual pheromone from the Avedon shoot. We used Italian bees, kept calm throughout our shoot by Konrad.”

He added: “Everyone on set, except Angelina, had to be in a protective suit. It had to be quiet and fairly dark to keep the bees calm. I applied the pheromone in the places on her body where I wanted bees to congregate. The bees are attracted to the pheromone, but it also encourages them not to swarm. We also placed a large number of bees on a board that rested in front of her waist. Angelina stood perfectly still, covered in bees for 18 minutes without a sting. Being around bees is always an experience that leaves me in awe. I think this shoot was also an awe-inspiring event for all who were present—and our offering for World Bee Day has its own roots in photographic history. Creating this portrait exactly 40 years later, we are not only honoring bees and beekeepers everywhere today, we are also honoring Avedon, his iconic image, and the technique by which it was achieved.”