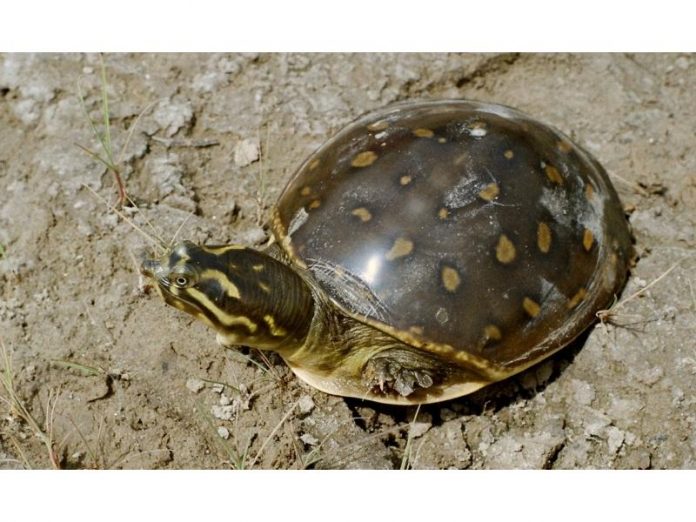 Sixty-seven endangered turtles, including six of the Chitra-Indica species, were seized from four poachers in Etawah by personnel of the Uttar Pradesh Forest department in coordination with the Society for Conservation of Nature (Wildlife organisation) and Special Operation Group.

Of the 67, five turtles including, one Sonia and four Sundari, were recovered in a dead state.

All the three species are highly endangered and in the Red List of the International Union for Conservation of Nature (IUCN) as ‘threatened species’.

The smugglers were arrested from near the Pilua Mahaveer temple in Civil Lines area.

“They wanted to take the turtles to Nepal via Uttarakhand, when the joint team seized it,” said Sanjay Singh, district forest officer, Etawah.

Rajiv Chauhan, secretary, Society for Conservation of Nature, said that of the 67, six of the turtles of Chitra species, are nearly 40 to 50 kg in weight.

“Such heavy-weight endangered Chitra-Indica turtles have been seized in the region for the first time in the last two decades,” he said.

“The post-mortem of five dead turtles will be conducted to ascertain the cause of their death while the remaining 62 turtles are being examined by veterinary doctors. These will be released in water-bodies soon,” said Sanjiv Chauhan, a senior SCON member.

Meanwhile, the smugglers have been identified as Jagdish, Seetu, Uday Veer Singh and Sadanand.

“Jagdish and Seetu are established turtle smugglers and have been arrested earlier also on several occasions,” said Tabish Ahmad, a forest official.

SOG incharge Satish Yadav, said that a case has been registered against the four smugglers under relevant sections of the Wild Life protection act.

“We are tracking the smugglers of Uttarakhand whom they were to supply these turtles,” he said.

Smuggling of endangered turtles, which are considered a delicacy and also used for medicinal purposes, has become a cause for concern for the wildlife agencies.