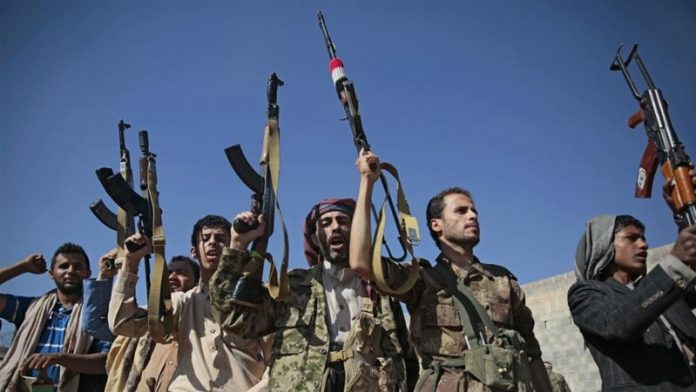 Yemeni government forces claimed to have killed and injured dozens of Houthi rebels following an offensive launched in the country’s oil-rich province of Marib.

“The national army forces managed to defeat the terrorist Houthi militia after launching a well-planned military attack and shelling on several rebel-held locations in Marib,” Xinhua news agency quoted the Defence Ministry as saying in a statement on Thursday.

The government forces raided Houthi trenches in western Marib, killing and wounding dozens of Houthi fighters as well as destroying their weapons, it added.

Meanwhile, warplanes of the Saudi Arabia-led coalition carried out a number of airstrikes against Houthi gatherings in separate locations in the west of Marib, causing casualties, according to the statement.

Escalation of fighting between the Yemeni government and the Houthi militia has so far displaced thousands of families from western Marib.

Hundreds were either killed or injured from both sides in the non-stop armed confrontations in Marib amid heavy airstrikes carried out by the Saudi Arabia-led coalition.

According to the UN, the violence has forced up to 15,000 people to flee their homes in Marib.

Roughly 60 per cent of the displaced are reportedly camping in informal settlements and crowded sites with services overstretched, the UN Office for the Coordination of Humanitarian Affairs said last month.

Yemen has been mired in a civil war since late 2014 when the Iran-backed Houthi rebels seized control of several northern provinces and forced the Saudi-backed government of President Abd-Rabbu Mansour Hadi out of the capital Sanaa.

The Saudi-led coalition intervened in the Yemeni military conflict in March 2015 to support Hadi’s government.

Across Yemen, 20.7 million people need humanitarian assistance, many of them at the brink of starvation.