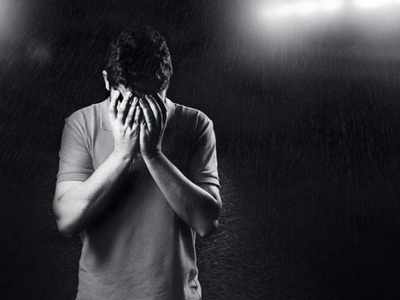 Most of us have a simple nagging habit of checking closed doors, checking on gas stoves multiple times just to make sure; peep into locks and keep locking them again and again, checking rooms for lights or the sudden feeling of forgetting something. Most of us ignore these signs as just weird habits. The hidden reason could be Obsessive Compulsive Disorder. OCD treatment is often brushed away as unnecessary. These small habits may not bother real life so much, but when it does, like the feeling of constantly doing the same things over and over again, or the habit of checking or wanting something to be in the desired way or form so much so that it causes disruption of regular life for both the patient and the others around.

OCD or Obsessive Compulsive Disorder is a real problem to many, even if it does not sound like one. People who suffer from this syndrome often have anxiety or panic attacks when they are unable to fix things or complete their obsessions for temporary relief. The feeling can be so strong that it may even pose a danger to the patient’s life by invoking life-threatening decisions and behavior.

In this scenario, a patient may constantly fuss over checking room doors and latches if they are completely closed in a repeated random pattern.

Patients tend to lock and unlock and then lock again to make sure that the locks and doorknobs are completely locked. This cycle may be repeated many times unconsciously.

Some patients fear the attraction of germs each time they touch a surface such as doors, handles or other people and constantly keep washing their hands, trying to avoid germs and infections.

Some patients fixate on having extreme cleanliness to the cost of cleaning over and over again until they feel that things are completely clean. They are also very wary of using other homes or places that have cleanliness but not up to their standards.

A very antisocial OCD where a patient constantly suspects their relationship and imagines that their partner cheats and suspects, often leading to stalking and abuse.

This is a very exhausting OCD for a patient as they constantly count the number of times they breathe in and out and try to manage their breathing repeatedly. It can cause severe anxiousness and depression.

Another classic case of OCD is where the patient knows how many times they blink and try to repeatedly blink those many times in a minute, causing extreme stress and anxiousness to themselves.

In this symptom, a patient often fears losing one’s self in murder or by suicide. They may also overthink about fake scenarios like losing a loved one due to murder, suicide, accidents or natural calamity. This may cause severe stress, anxiety and depression in many patients.

Some patients may exhibit weird symptoms where they are scared of stepping out of their homes, fearing for their safety. Often patients are wary about sharp objects, moving things or even roads and traffic.

These are some scenarios that a patient may exhibit. Some patients may also have a combination of these symptoms. They are not limited to these scenarios. This kind of behavior can be extremely antisocial, depressing, anxiety-inducing for the people who go through this. Many patients do not consciously know that they are going through a serious disorder.

This is where OCD treatment can be extremely useful to help individuals control their behavior, manage their trigger factors, and combat the stress and anxiety that is induced in such situations and emerge from their disparity.

Below are a few main activities involved in OCD treatment