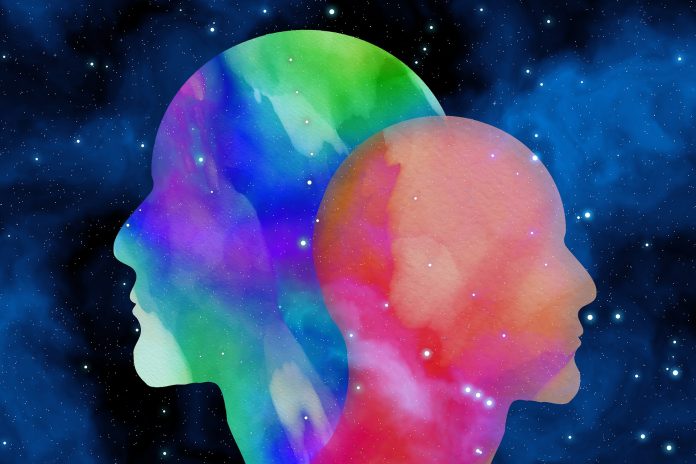 Is the sky really blue? Is the grass actually green? Is the world “coloured” as we see it?

Well, vision is after all an illusion. Continue reading to know why we see what we see?

Our brain truly is the “genius” of our complicated puzzle like body. This mesh of neurons and nerves paints a picture of the world for our eyes to see. Our eyes, the windows to the world actually see the colour that is caught by the eye coming from the reflection of light from an object. It’s quite a simple concept often found in textbooks of primary schools.

The light that is reflected from an object reaches our eye. The eye in turn, broadly, has two types of cells that give us vision – Rods and Cones, named literally as they appear in that shape. The cones are responsible for adding colour and send these signals to the brain. The colour is added due to pigments that absorb the colour coming from white light when it is reflected from that object. So, grass appears green because it absorbs all the wavelengths of the white light except green, thereby reflecting green which our colour absorbing cones catch and then send the signal to the brain.
Phew, a process that seems complicated but is actually running every millisecond in this machine of a body.

The colours we see as a species is far less than what a reptile or a bird or even insects can see. Going back in time it is evident from research that our ability to see colour is actually an extension of a basic two wavelength system (longer-red/yellow and shorter-blue) which comes from the ancient colour-sensing pigments present in Bacteria. Over the years, as a result of mutations in these colour-absorbing pigment genes, we as humans have three kinds of cones while other species may have four or more.

Somewhere along the course of evolution, mammals lost all the ancient colour-vision genes and reinvented the system. Humans, primates and select monkeys went through a series of mutations in the long wavelength cone, adding a third cone which could sense green.

In humans some of the genes linked to colour vision are present in the X chromosome which is responsible for the gender difference on vision to some extent. Men and women literally see the world differently when it comes to colour, even on a biological level.

How? Let’s find out.

Ladies, you can blame the uterus you got which has the ability to bear a fruit, your child, that made you a nurturer and our fellow partners had no duty but to serve his family and subsequently this child with food once it was born. This divided the roles between the genders as hunter-gatherers and nurturers.

Evolution on this basis made men more sensitive to fine detail and rapidly moving objects, while women could differentiate between colours more finely. That is why you can see both bottle and emerald green while poor Sharma Ji (an Indian connotation for the man next door) can’t see any difference. Physiologically speaking, men have 25% higher levels of testosterone receptors in their visual centres in the brain than women – the result being, men can see the brightness of a colour that woman can’t. Two of the three cone genes are carried in the X chromosome which sadly men carry just a single copy of, causing men to be perplexed between the colours that lie in the middle of the spectrum. This is why some men confuse different shades of purple to be a blue.

Apart from genetics having to play an important role in colour vision, there have also been studies that explain why and how we see the colours on a psychological level. Let’s delve a little deeper to understand this statement better.

A study under the psychological sciences conducted two sets of people to watch two different types of movies, one of which was emotional. The results showed that after watching the movies the two sets of people perceived the same colour to be slightly different. The people who watched the emotional movie were less accurate. Scientists state that the perception of colours is influenced by the amount of dopamine released in the brain. Hence, the people who watched an emotional flick showed a deficiency in dopamine levels and so perceived the colours differently. Dopamine is the motivational element and its deficiency causes depression, sadness and lack of motivation.

In this fast-paced world where we’d walk past a pile of garbage to reach our concrete workspaces on time, who’d think of colour being such a diverse thing in reality?

While we raise kids, we make sure they learn their ABC’s proficiently, remember two and two make a four and ensure that they accurately utter the word blue when pointing at the sky. What about you? Have you looked at the sky lately? Is it blue? Do you question yourself if the world is as black and white as you deem it to be, or is there a concept of a whole spectrum of colour to lessons, to life?