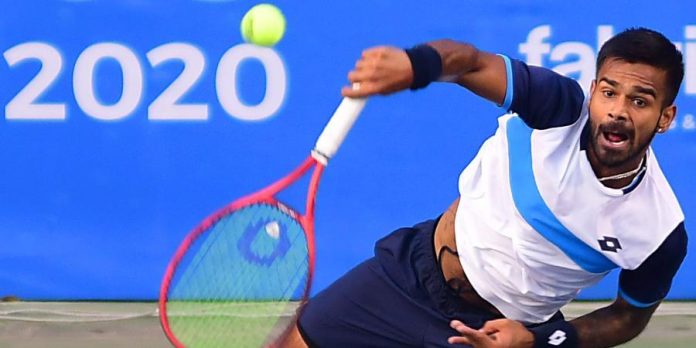 India’s highest-ranked singles player Sumit Nagal lost in the opening round of the ATP 250 Sardegna Open to Slovakian qualifier Jozef Kovalik 6-3, 1-6, 3-6 in Cagliari, Italy on Tuesday. Nagal collected 12 ATP points for qualifying into the main round.

It was a disappointing outing for the Haryana player after a good show in the two qualifying matches, which saw him enter the main draw full of confidence.

The 136th-ranked Indian had crushed Frenchman Maxime Janvier 6-2, 6-1 in the second round of qualifiers to set up an opening-round clash with the 28-year-old Slovakian Josef Kovalik, ranked 124th on the ATP.

Nagal was expecting to carry forward the form he displayed at the Argentina Open in Buenos Aires last month where he scalped the world No. 22 Cristian Garin of Chile — his maiden win over a top-25 player — to enter the quarter-finals.

He had eventually lost to Albert Ramos-Vinolas, the fifth seed from Spain, in three sets in Buenos Aires.

Over the last couple of years, Nagal has been aiming to consistently play more ATP 250, 500 and bigger tournaments to improve his singles ranking and enter the top-100 club. His performance has kept on improving ever since he won his maiden Challenger title in 2017, but Tuesday’s loss to a fellow qualifier came as a dampener.

The 23-year-old made his Grand Slam debut at the 2019 US Open, notched his first Grand Slam victory at the 2020 US Open and got a wild card entry into the Australian Open this year.

The legendary doubles specialist and former Davis Cup captain Mahesh Bhupathi has gone on record saying that Nagal will most certainly break into the top-100 of the world rankings very soon. But the loss to Kovalik on Tuesday has exposed his inconsistency.