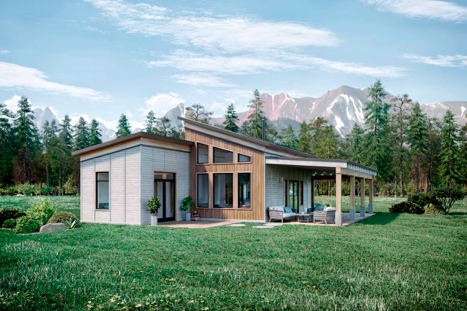 It’s April, and that means better weather for much of the United States. Some states have warmer weather year-round, but many cities from the East Coast to the Midwest are only now starting to bask in some warmer temperatures that are gradually luring the shut-ins out of doors again.

Even though the CDC still wants people to maintain social distancing, many people are lounging on their decks or playing fetch with their dogs in the backyard. This is a time for milder temperatures before the summer heat makes everyone crank up the air conditioning or get the box fans out of storage.

For many homeowners, it’s also the time that they look at their roofs with dismay. Some of them might be doing just fine, but other roofs might need either repairs or total replacements. Roofers love this time of year, but the average homeowner is probably reluctant to spend the money to fix any visible damage the winter has caused.

Let’s take a little time to talk about roofing season, and when you know it’s time for a completely new roof.

The Total Tear-Off Versus the Band-Aid

Some people know all kinds of obscure facts. You might meet someone who knows that about 110,000 truck accidents occur on America’s roadways every year, or they might be able to list every US president from the first to the most recent. Still, it might surprise you that some homeowners know very little about roofs, even the most basic ways to assess them.

We should first mention that if you live in an apartment rather than a house, then roofing season will not mean much to you. You will never have to replace your roof if you’re a renter, and if it starts leaking, you can call the landlord rather than a contractor. Generally, it’s only homeowners who have to deal with this issue.

You might stand beside your house and see that some of the shingles are missing, or you might be inside the building when you notice that there are actively leaking spots during a rainstorm. At that point, you know that you’re going to need at least some minor repairs. The real question is whether you can get away with only some superficial work (a Band-Aid) or whether you need to do a total tear-off.

The Benefits of Both Options

The fundamental difference between the Band-Aid, which is to say minor or relatively minor repairs, and the total tear-off and a completely new roof is the price. If all you see is a few shingles missing, and everything else seems to be sound, it might make sense to do the superficial repairs because the price difference will be thousands of dollars.

If you do that, though, you’re kicking the can down the road, as some roofers say. That means you’re most likely going to have to deal with the issue again at some later point, or the home’s next owner will.

If you decide to spend the money to do the total tear-off, then not only can you get a pretty decent warranty on the parts and labor, but you can also use the newer roof as a selling point when the time comes to sell the house.

Most contractors will allow you to transfer the warranty from one owner to the next. Because of this, you might get a fifteen-year parts-and-labor warranty and tell the next potential homebuyer that there are still eight or nine years left before they need to worry about the roof at all.

A homebuyer will appreciate that because they will often look at the home’s roof and the foundation before noticing anything else. If you get a new roof, that becomes a benefit rather than a liability. If you slap a Band-Aid on a roof-related problem, a new buyer might demand that you knock $10K off the asking price once they have an inspector look at it.

Money and the Roof’s Age Will Determine Your Decision

A new shingle roof for a house that’s about 1,500 square feet might cost you in the $10-15K range. For that price, you may get wildly fluctuating warranty offers depending on the contractor you choose. You might have three or four contractors who come in at about the same price point, but you’ll have to look at the warranty’s length to choose between them.

After twenty years, the typical shingle roof will often reach the end of its usable life, especially if you live in an area that gets a lot of ice, snow, heavy winds, rain, etc. If you know for a fact that your roof is approximately that old, you might not be able to use the proverbial Band-Aid too many times.

On the other hand, maybe as the homeowner, you know that you need to replace the roof, but you can’t afford it. You can’t afford to pay cash all at once, nor do you want to do the financing. If you’re struggling to make ends meets, but you also have leaks and unsightly areas with missing shingles, you may have to go with the superficial repairs until you’re in a better financial position.

If you know that your roof is not as old, or it’s still under warranty, then all you might have to do this spring is call the contractor who initially did the work so they can make the necessary repairs. If you have the money, though, and you know you have an older roof, you might want to consider getting that new one.

You should see most or all of that money back when you sell the home. Also, your neighbors will appreciate that you’re taking care of your house because when you do that., their home values will go up as well.

At some point, you’ll need to think about roof repairs. Now that the weather is nice, you should look at your roof and see if 2021 is the year.