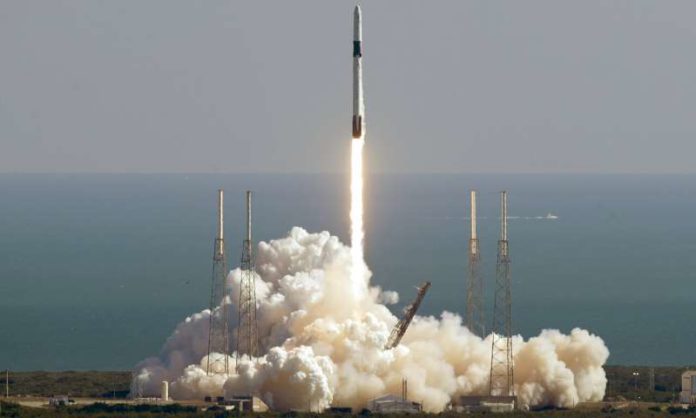 The spacecraft, named Endeavour by the crew, lifted-off at 5.49.02 a.m. EDT from the Launch Complex 39A at the agency’s Kennedy Space Center in Florida, NASA said. The Crew Dragon is scheduled to dock to the space station about 5.10 a.m. on Saturday.

They will make a 23.5-hour journey to the ISS, the space agency said in a statement.

“We wish you a great mission, good luck, and enjoy the ride,” the SpaceX team said, in a tweet on Friday before the liftoff.

The Crew-2’s launch was rescheduled to Friday, because of unfavourable weather conditions along the flight path. Earlier, NASA had announced the liftoff on Thursday.

This is the second crew rotation flight of the SpaceX Crew Dragon and the first with two international partners.

The Crew-2 astronauts will join the other members of Expedition 65, NASA astronaut Mark Vande Hei and cosmonauts Oleg Novitskiy and Pyotr Dubrov of Roscosmos, for a six-month mission conducting science experiments in low-Earth orbit.

An important scientific focus on this expedition is continuing a series of Tissue Chips in Space studies. Tissue chips are small models of human organs containing multiple cell types that behave much the same as they do in the body. The expedition will conduct other microgravity science investigations as well as complete maintenance and upgrades to the space station.

NASA and SpaceX are also continuing to prepare for the Crew-3 mission, targeted as early as October 23, followed by return of Crew-2 no earlier than October 31, NASA said.