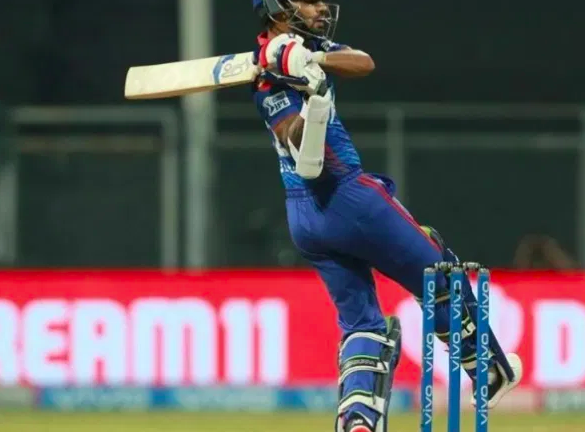 Shikhar Dhawan’s 92 off 49 balls and Marcus Stoinis’s finishing act helped Delhi Capitals (DC) beat Punjab Kings (PBKS) with 10 balls to spare in the Indian Premier League despite having to chase a target of 196 at the Wankhede Stadium on Sunday.

Dhawan wasted no time in going after the PBKS bowlers and set up strong partnerships with fellow opener Prithvi Shaw, Steve Smith and captain Rishabh Pant. He scored a majority of the runs in all the partnerships and looked set to reach his third IPL century comfortably.

He hit three consecutive fours in the 14th over but was dismissed in the 15th, which started with Pant hitting a six off Jhye Richardson’s second ball. A slow delivery did the trick for the Australian as he split Dhawan’s middle and off stump.

Stoinis then took over the chase, hitting two fours and a six in the 17th over bowled by Mohammed Shami, who by the end of it seemed to have lost his line and length. The over produced 20 runs and Shami ended his spell having given away as many as 53 runs with no wickets to show.

While Pant was dismissed by Richardson off the first ball of the very next over, it was too little too late for PBKS as Stoinis finished the match with a four in the 19th over.